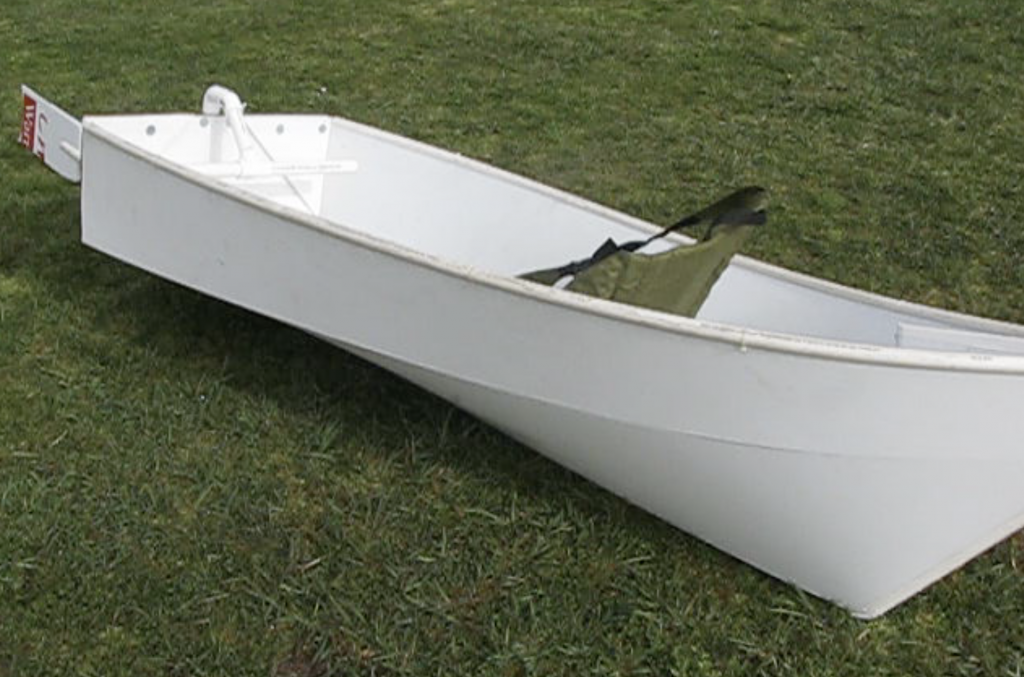 There was this small boat I saw on the internet called the Thistle that was fin propelled. I thought I’d try to come up with a low tech version of the boat.

I opted to have the foot powered with the pilot sitting backwards. I thought this would be a great position for fishing.

The first fin design was tried out using my Coro Speedboat hull. 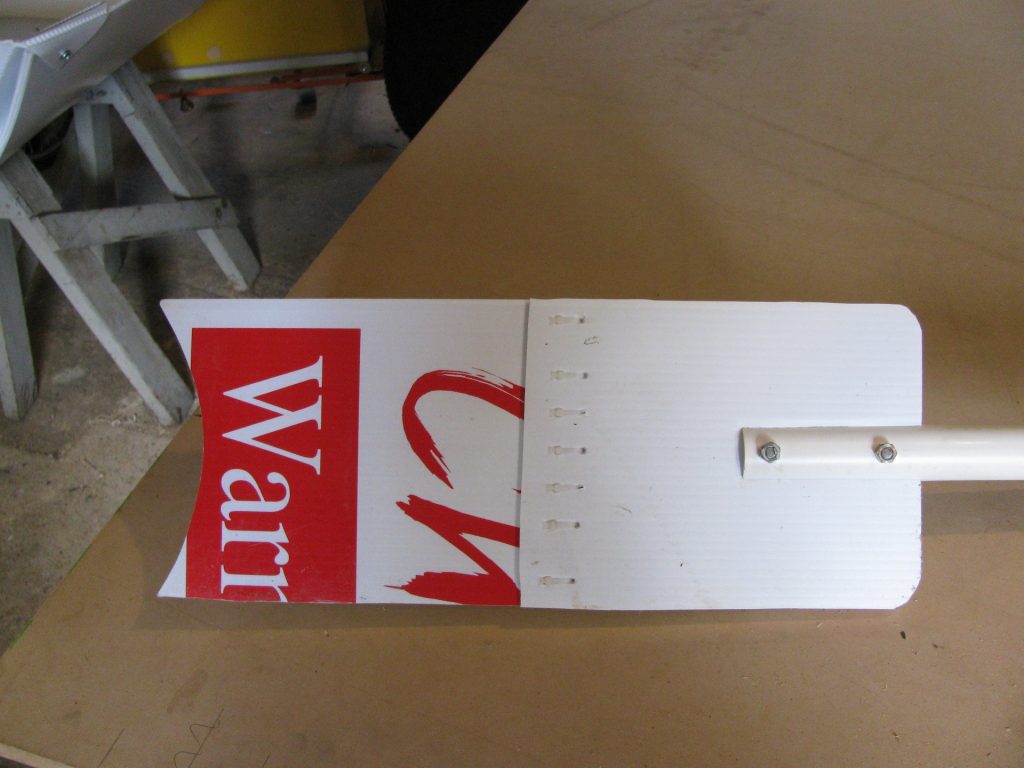 The fin was made from recycled fluted plastic campaign signs and zip ties. 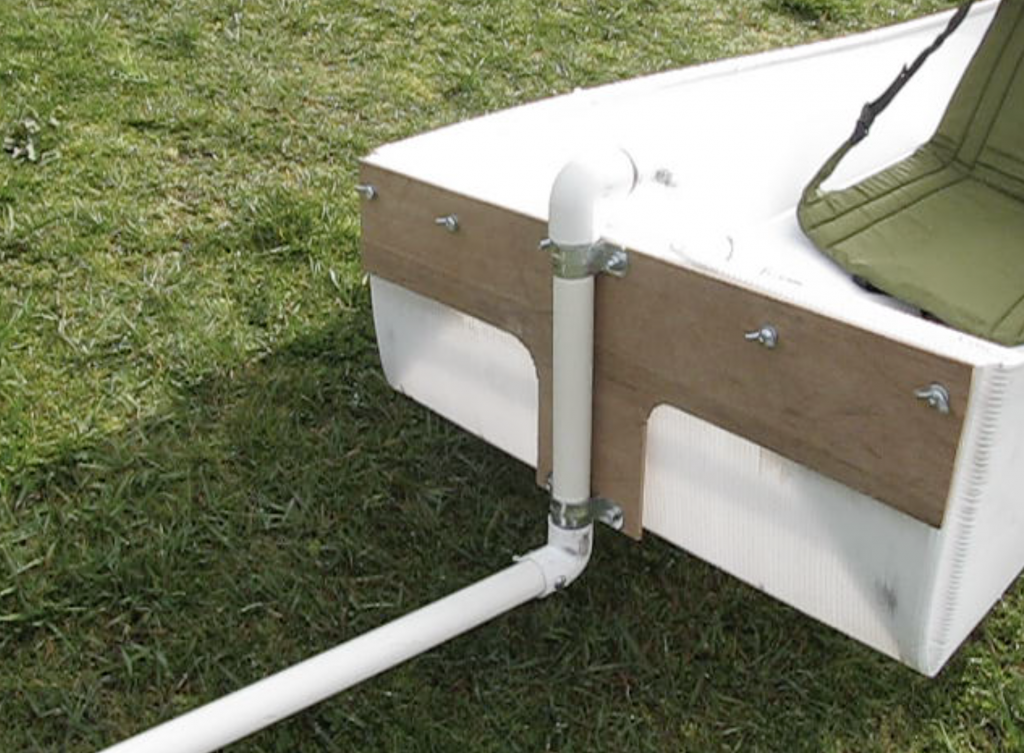 The swing arm was made using 1-1/2″ diameter PVC pipe. The first test was promising but I had problems.

Without a keel to stabilize the boat, I was getting wide sweeps every stroke which rocked the boat. I needed more buoyancy. 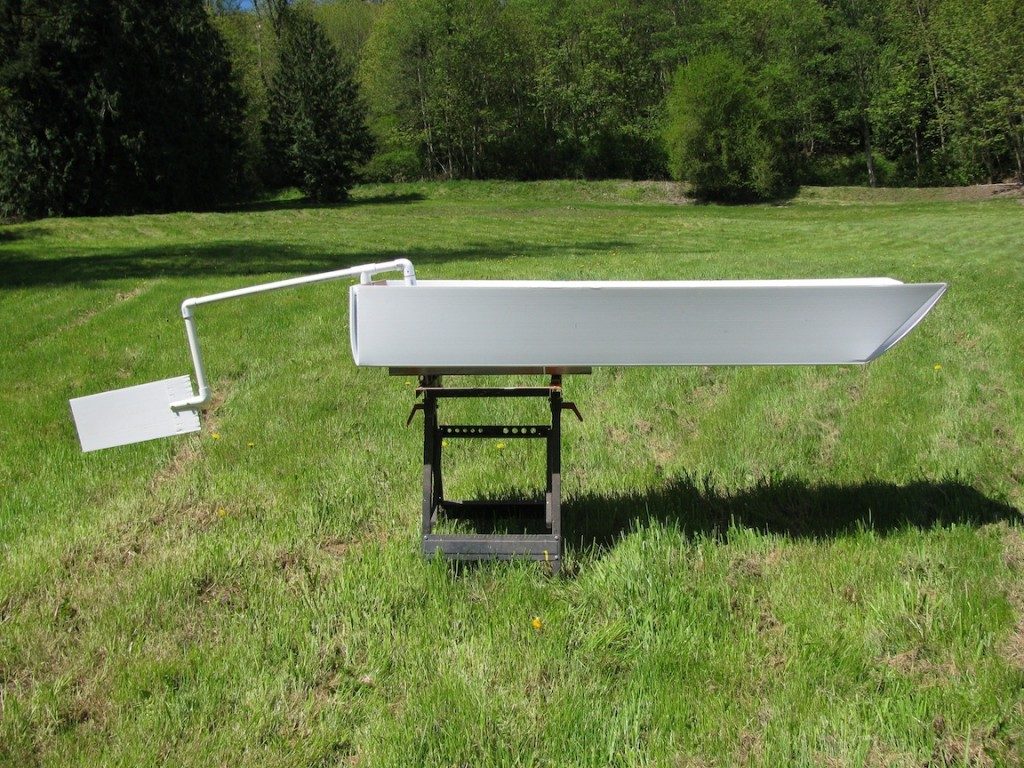 I made the swing arm higher, tried out a longer fin and made a wider (box) hull design.

The fin was a bit faster, and there was less drag with the raised arm. The water line was even lower but the boat still wandered with every stroke. 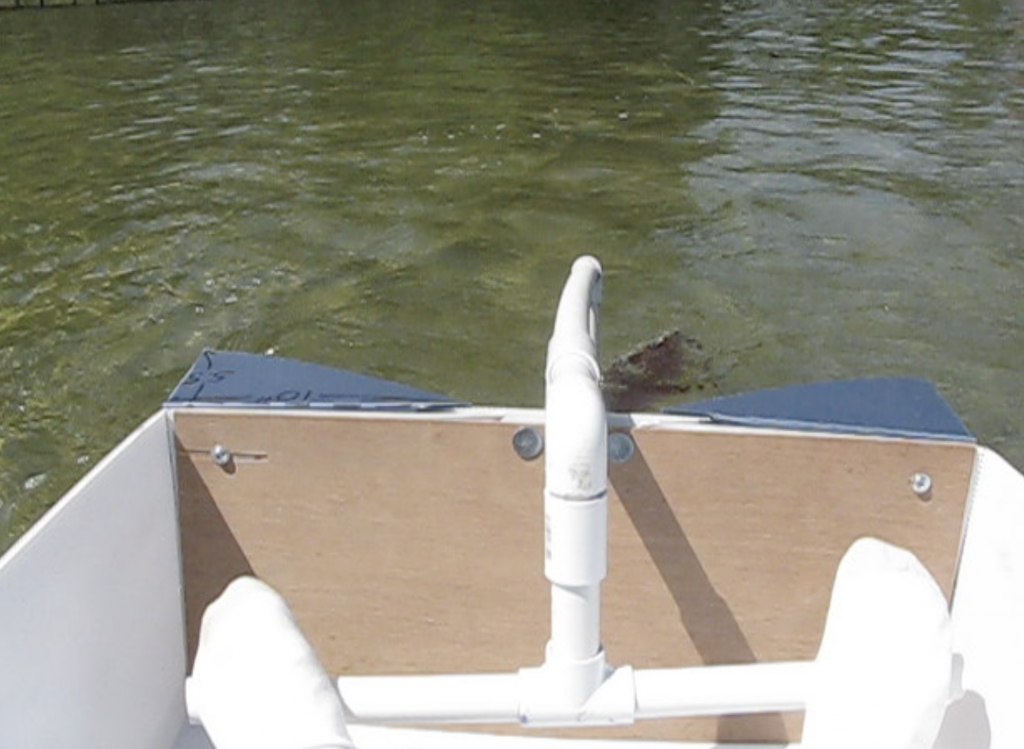 Fluted plastic stabilizer fins were added. This helped out some. 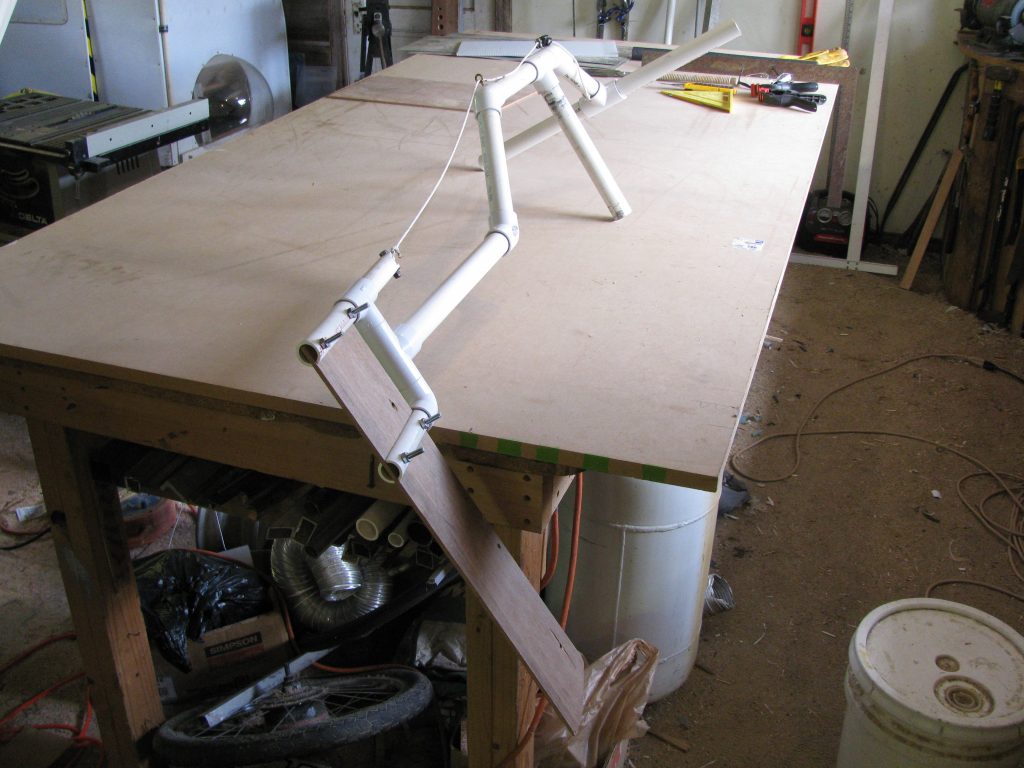 Next I tried replicating the Thistle boat’s fin design. Instead of wood I once again used cheap PVC pipe. The nylon line makes the angle of attack adjustable. 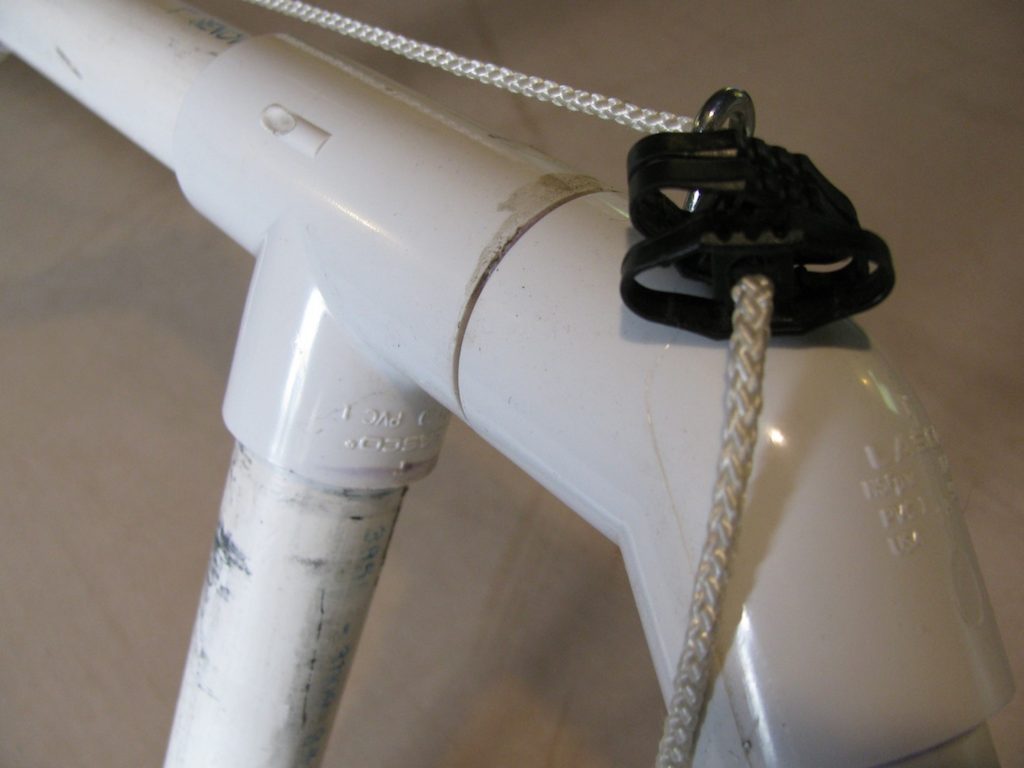 These little rope clamps were used to adjust the line which varied the fin angle. 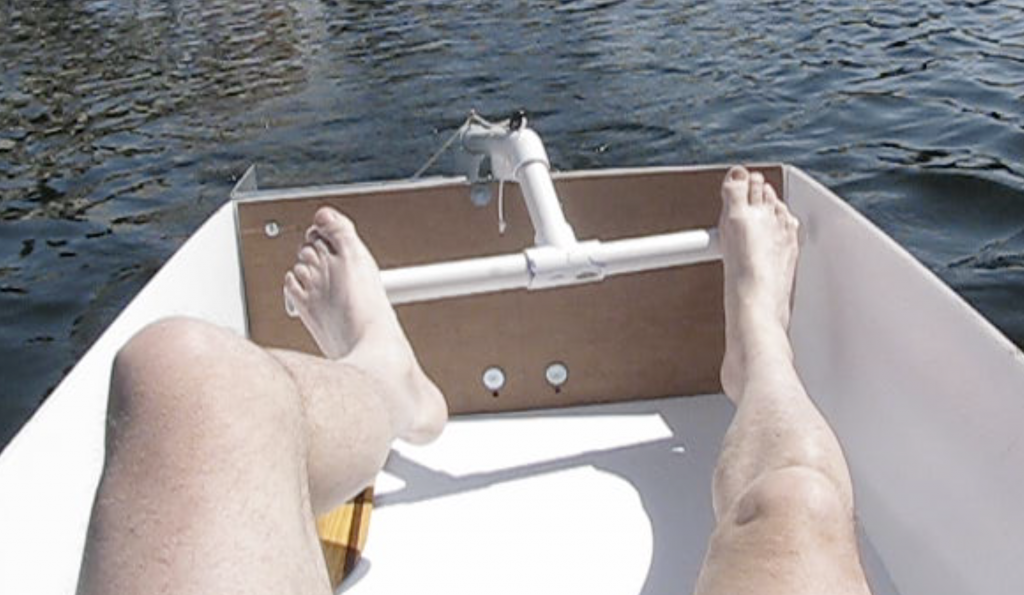 The articulating fin worked out OK and seemed a bit faster, but I was still having wandering issues and it was difficult to steer with my feet. 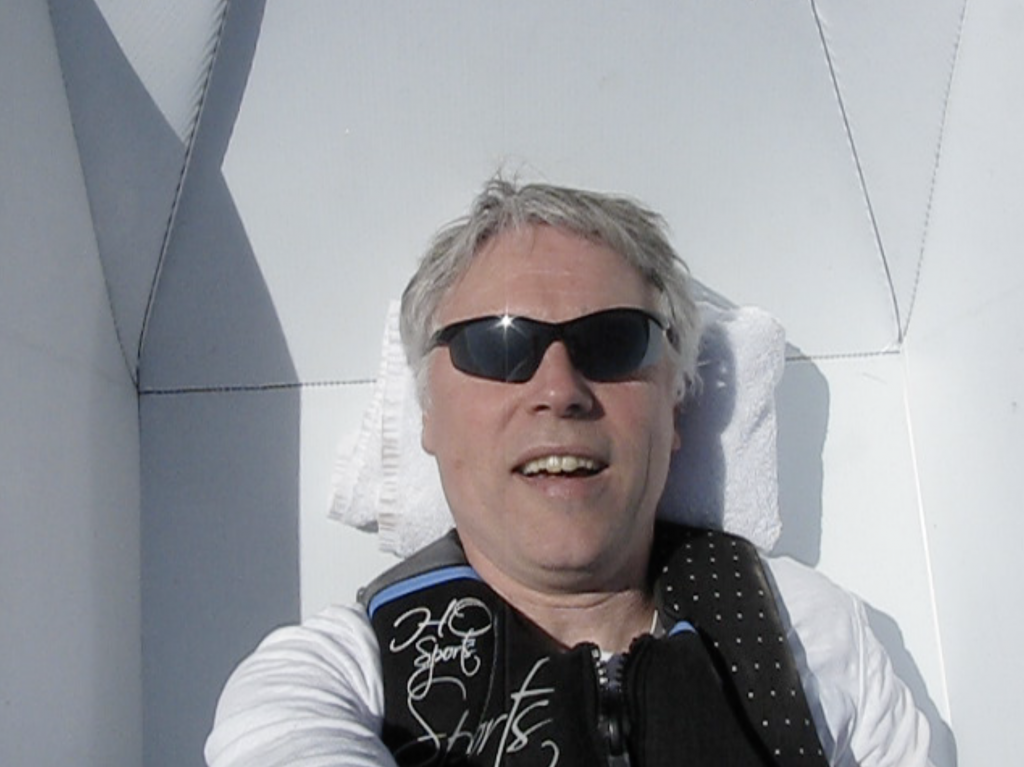 Still, I liked the possibility of propping up a fishing pole, kicking back and relaxing while fishing. 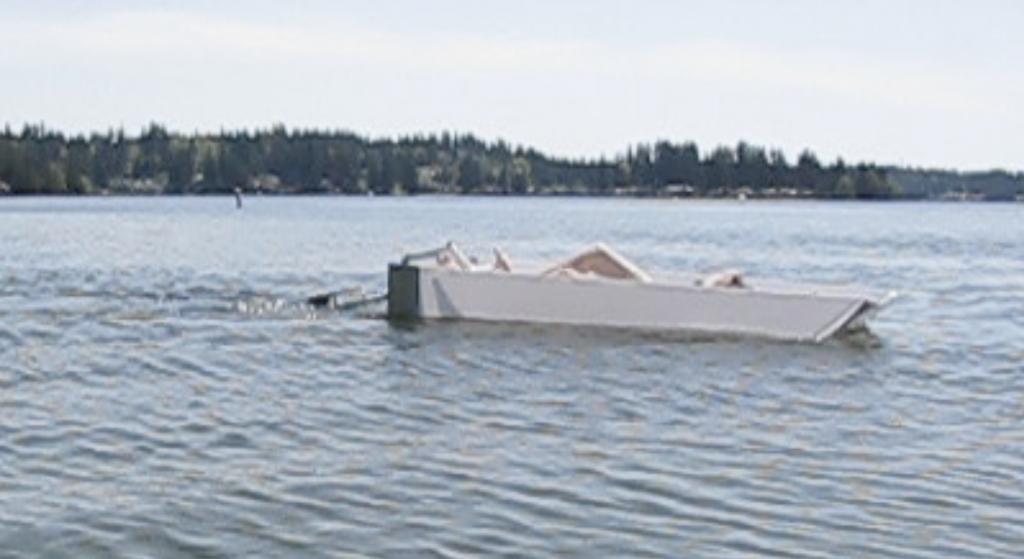 Sunscreen would have been nice..