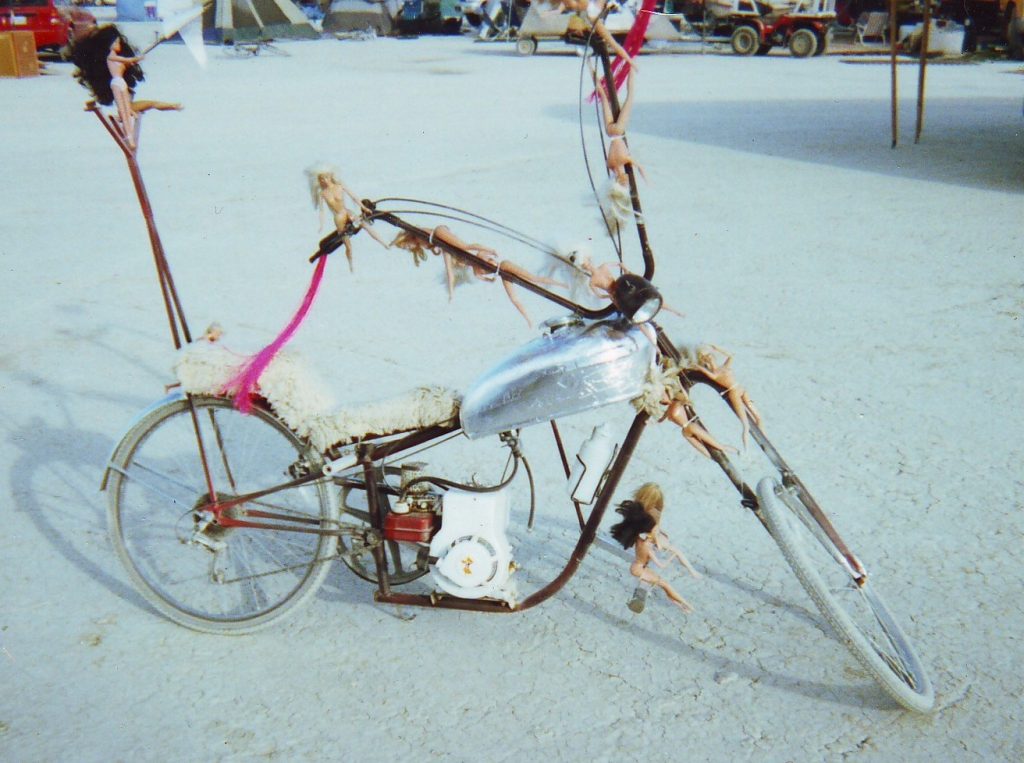 This was the Hardley Davidson. Hardley, not Harley, get it? It was one of my favorite Burningman rigs. The engine and transmission design was borrowed from

my first Burningman motorized trike which had a 3 hp motor. This has a 2 hp motor with a small pulley driving a BIG 12″ washing machine pulley which drives a jackshaft with a small

13 tooth sprocket which drives the rear wheel, enabling the rider to choose from 6 gears settings. As time went by it went thru several iteration. 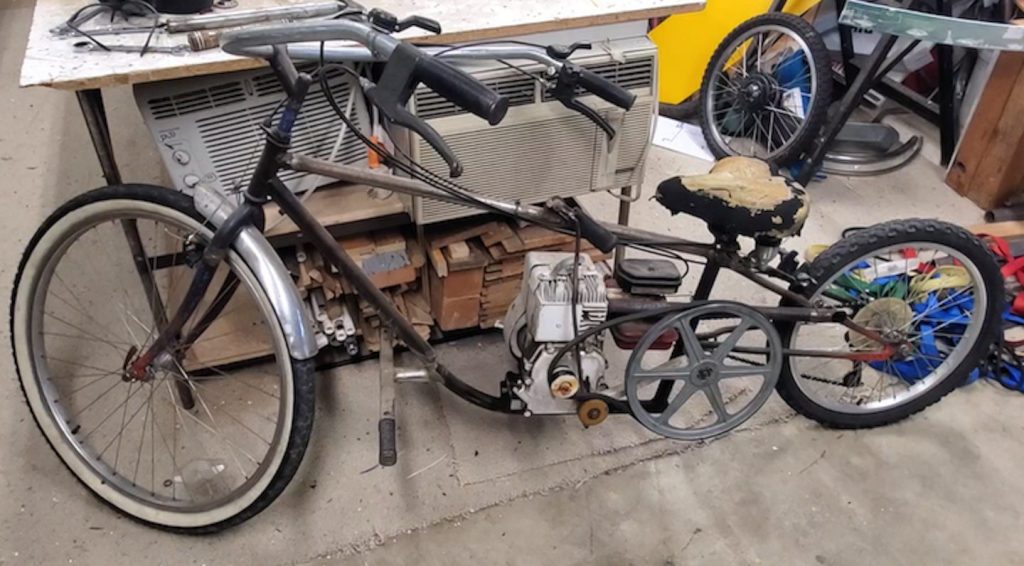 For a while now I’ve wanted a bicycle that I could tow my fully equipped bicycle camper around the country with. The problem is that the gearing was too high to power up steep hills while staying

under the federal 49cc limit for mopeds. In this picture I’m trying out a smaller rear wheel. This did help some, but not enough. 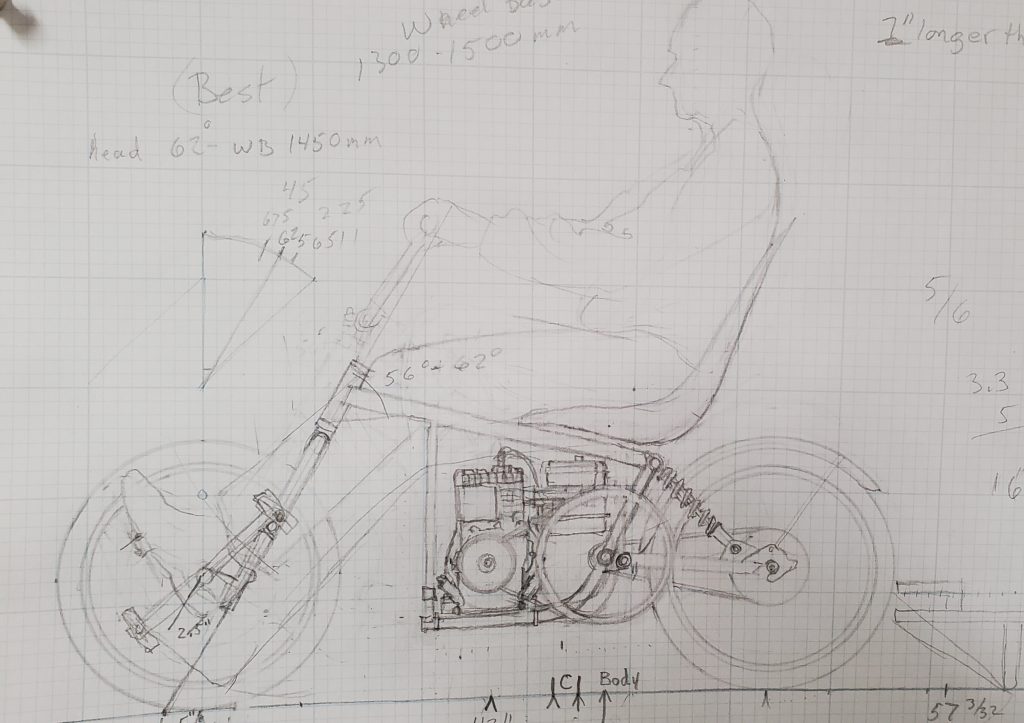 So I may have to get this inspected, registered and pay a yearly registration fee, but it should be good in most states if touring. I chose my old PAVO front wheel for pedal power. This one to one gearing is low range.

This way I didn’t have to intertwine the pedal chain with the powered drive chain, which can get complex and messy. Like a real moped, the front wheel is pedaled only when truly needed. 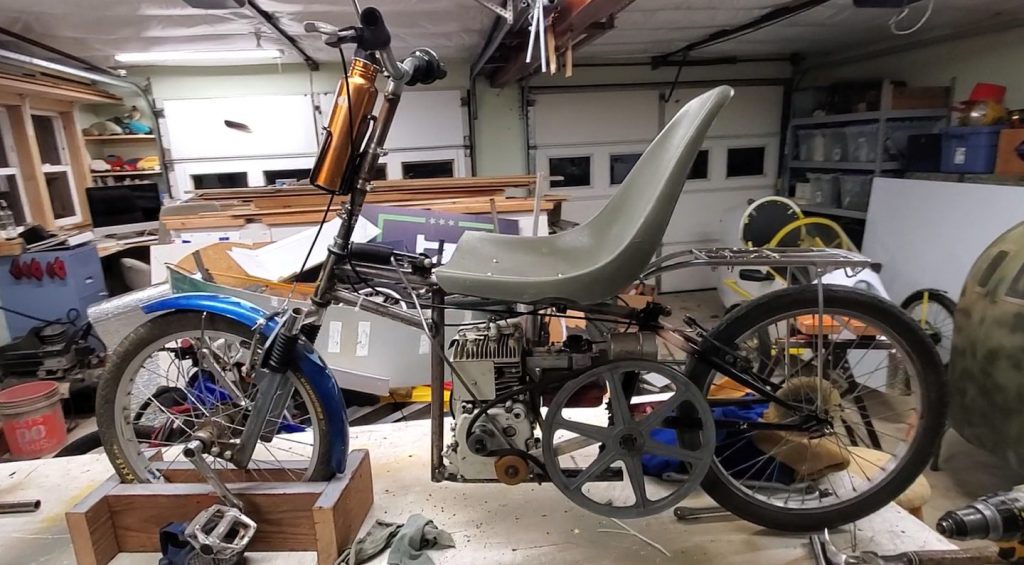 I had to cut up my old recumbent bike for the rear forks, handlebar, post and seat. I took the engine, jack shaft, pulley and most of the frame from the Hardley Davidson.

The front wheel and sprung forks came from the PAVO trike. I never did find a suspended rear fork, which would have been nice. Still, it works.

I wanted a centrifugal clutch but the pulleys of these are way to large, so I went with my old hand lever slip clutch. I can slam on the brakes and not have to dis-engage the clutch.

I painted the frame Camouflage just like my remodeled Nomad Bicycle Camper. Now I can camp in a woodsy park and go undetected, hopefully. 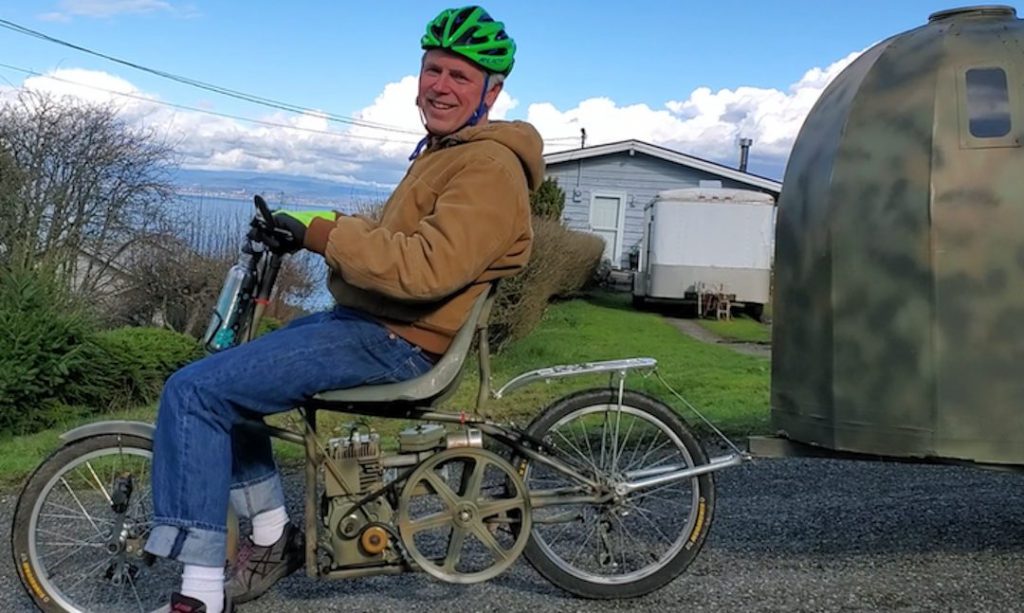