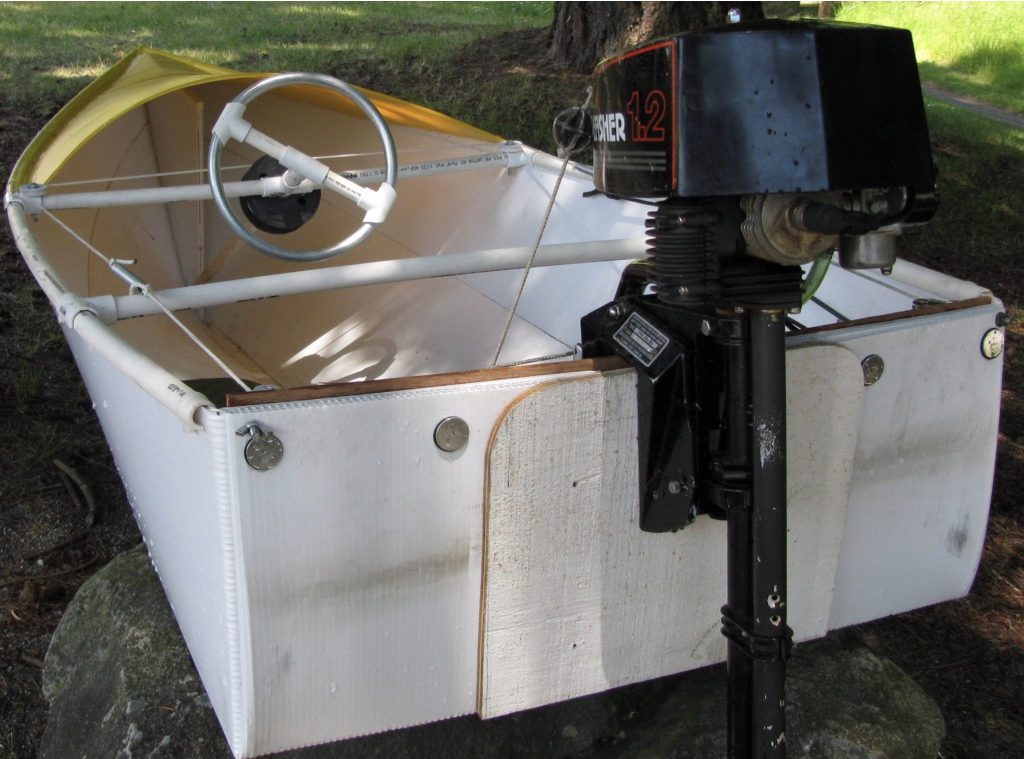 It got up to about 4 miles per hour. It was fun to drive.

On this second version, which I show all the steps to build it on my youtube channel, I extended the hull 9″ and added a wood transom. All this to accommodate my heavier Tanaka 3hp 2 cycle loud as hell motor. Once I learned to get it to plane I was reaching 9 miles an hour.

It’s not as thrilling but much easier on my ears and nerves, including those in a close proximity. It’s Green and Clean, but way more heavier 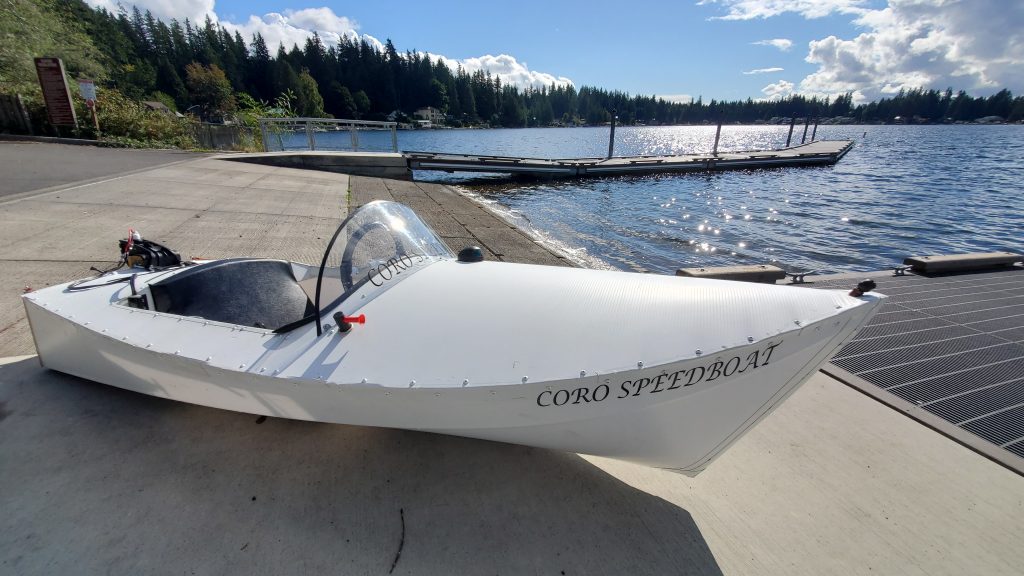 A light weight lithium battery would be the bomb, but money is tight these days so I just use my old batteries which I keep charged up for outings.

I borrowed the ‘U’ steering bar from my gas motor. I say borrow because I can still switch over to gas if I ever want a thrill ride. 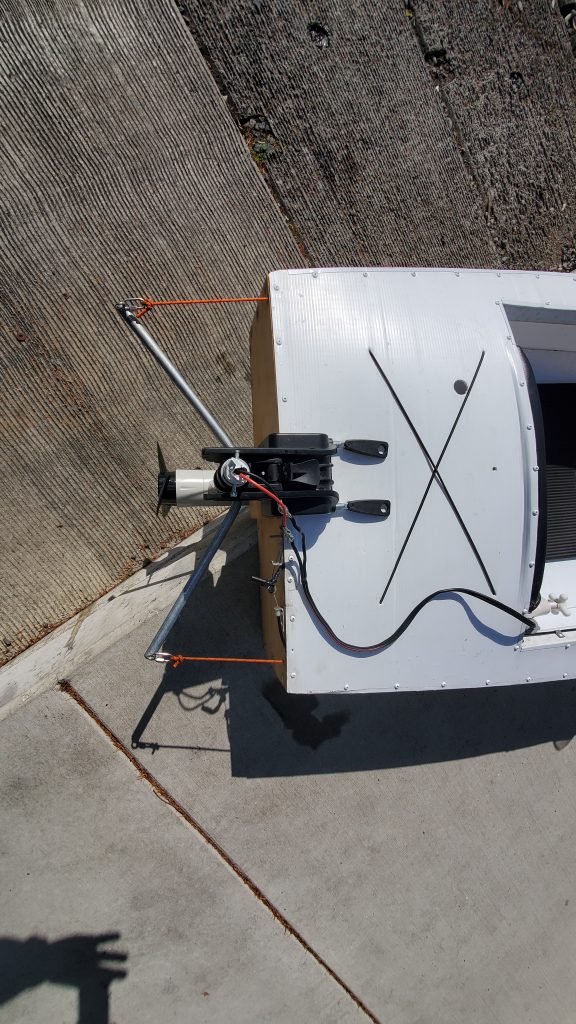 On the trolling motor I broke down the control box and moved it to my right side, barely seen on the right of this picture. An old faucet knob replaced the original throttle and steering bar. The electric line that came with the motor was long enough to cut in two and use as power from battery to control box, and the other line leading from the control box to the motor. All I purchase were several electrical eye connectors. If you look close you can see the staggered power line lengths so the connections don’t touch one another.