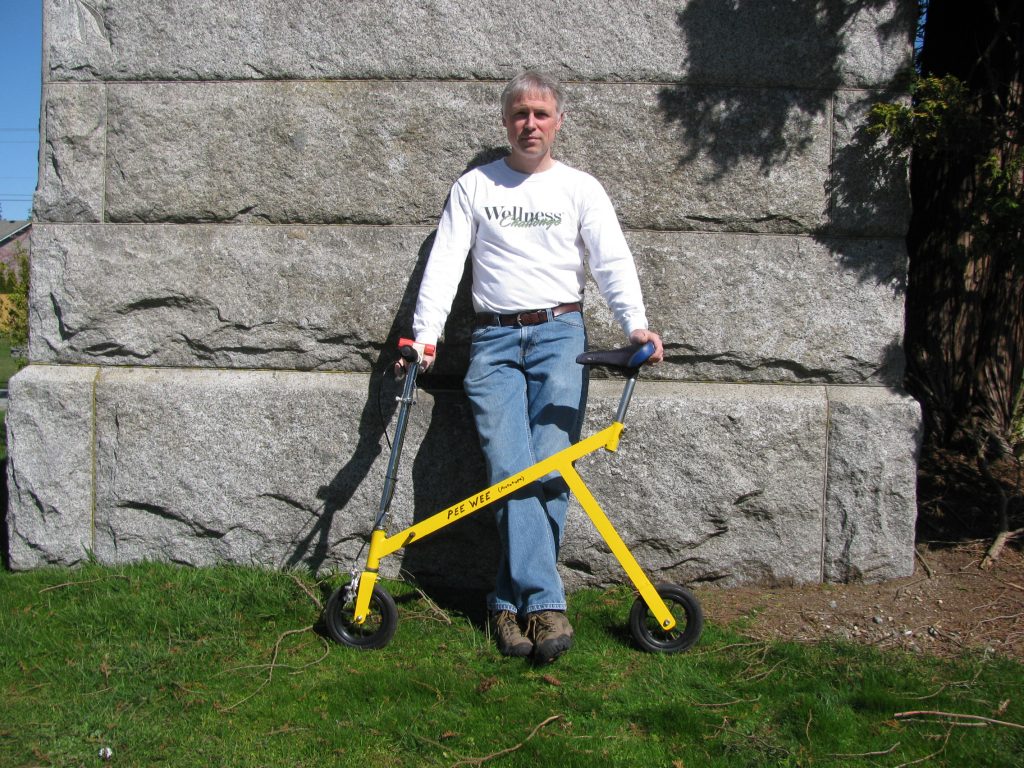 This prototype was my version of a modern micro Hobby Horse. It was intended for short trips to the bus stop, train station or subway. 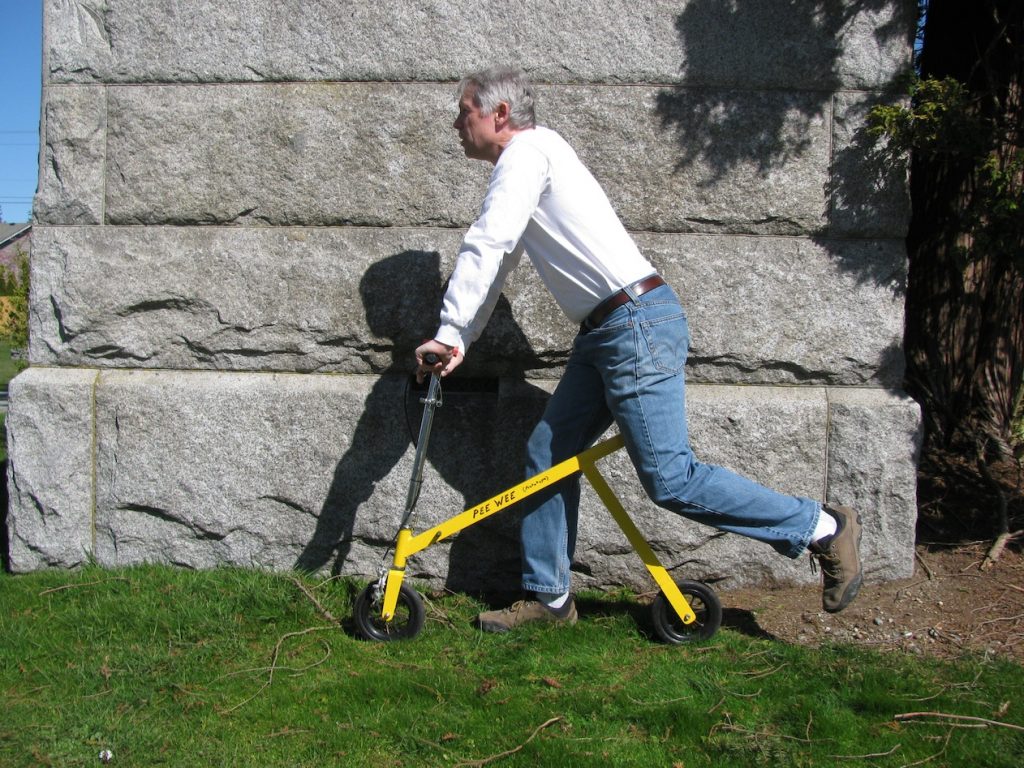 A later version would have included a poly suspension on the rear arm, also having the steering tube and rear arm fold in for ease of transport. 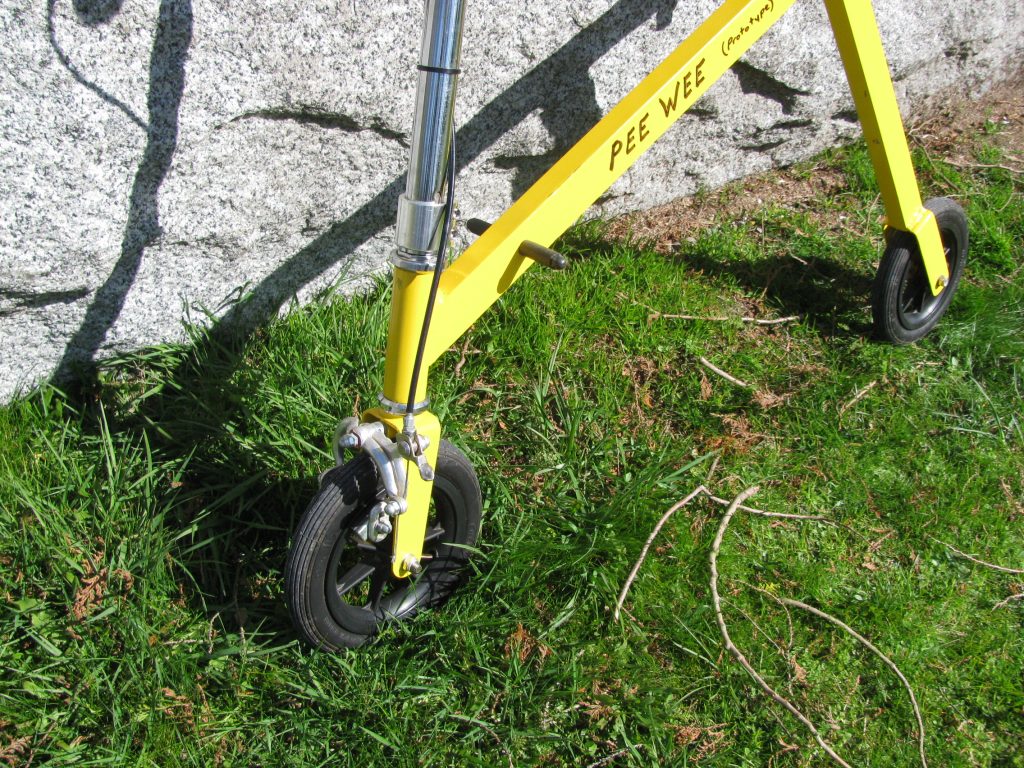 Small foot-pegs were added to the frame for coasting down hill.