While perusing the internet, I discovering the amazing cargo bikes used during the Vietnam conflict by the Vietcong to transfer supplies thru undetected jungle trails. These bike frames were purposely overbuilt to carry hundreds of pounds. Notice the long steering stick attached to the handle bar. Clever!

I also found this cargo carrying bike on the internet. It was made from found material by a homeless man. 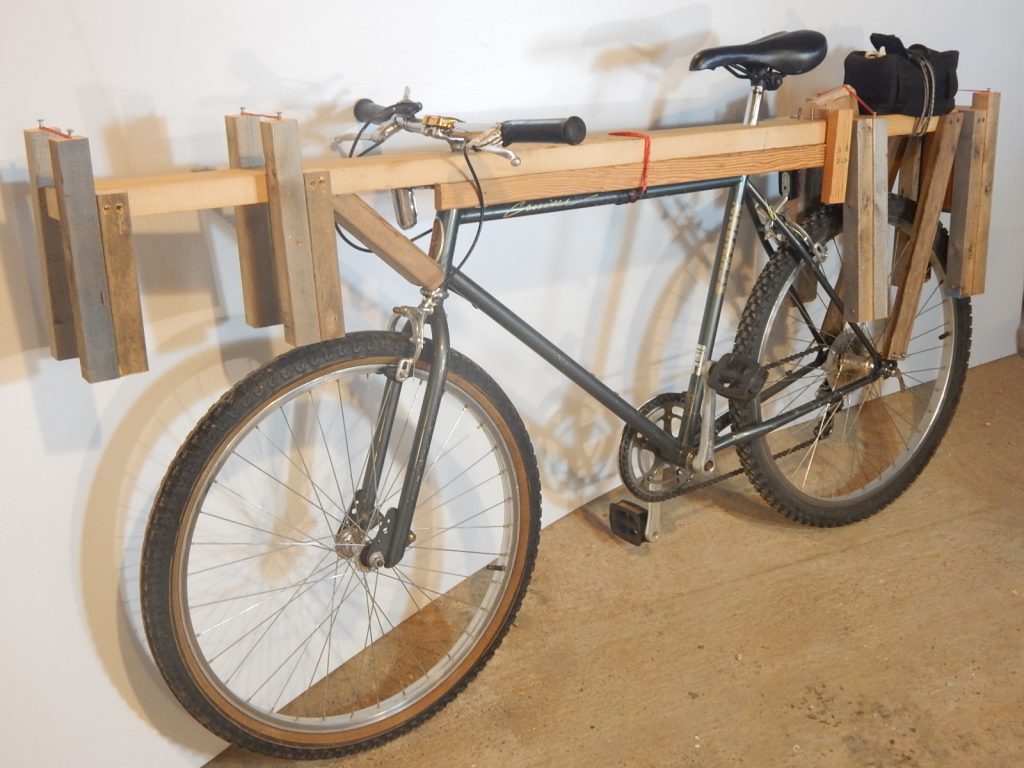 I envision a time in the future when a natural calamity or war could force a person or family to flee. Maybe the roads wold be packed or gas stations would close up forcing a

a person to rethink how to flee with some valuable items. Suit cases are not the best way to carry things for any length of time, so a person would have two use what they

might have laying around. Maybe they have a bike and a cordless drill and a few boards.

ANYWAY, here’s an idea that I tried using a cordless drill with a 1″ butterfly wood bit, a 2×4″ board, a few 2×2″ boards, some screws and a few nuts and bolts and cordage. 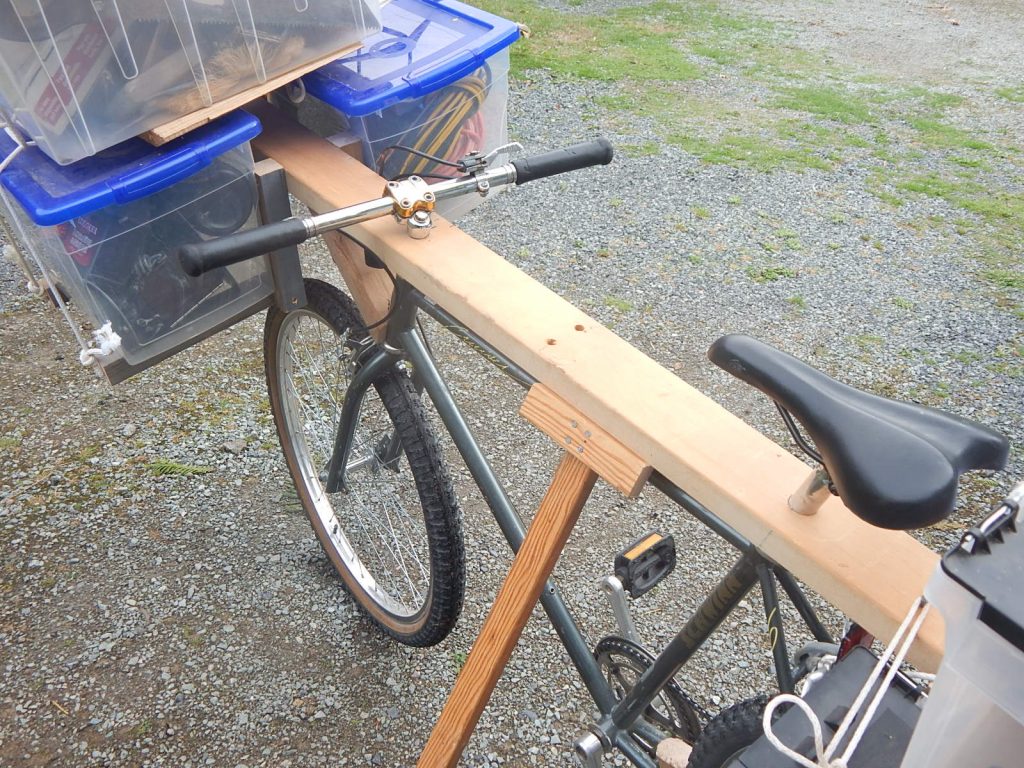 I drilled holes to clear the goose neck and the seat post. This is all that holds the board to the bike. 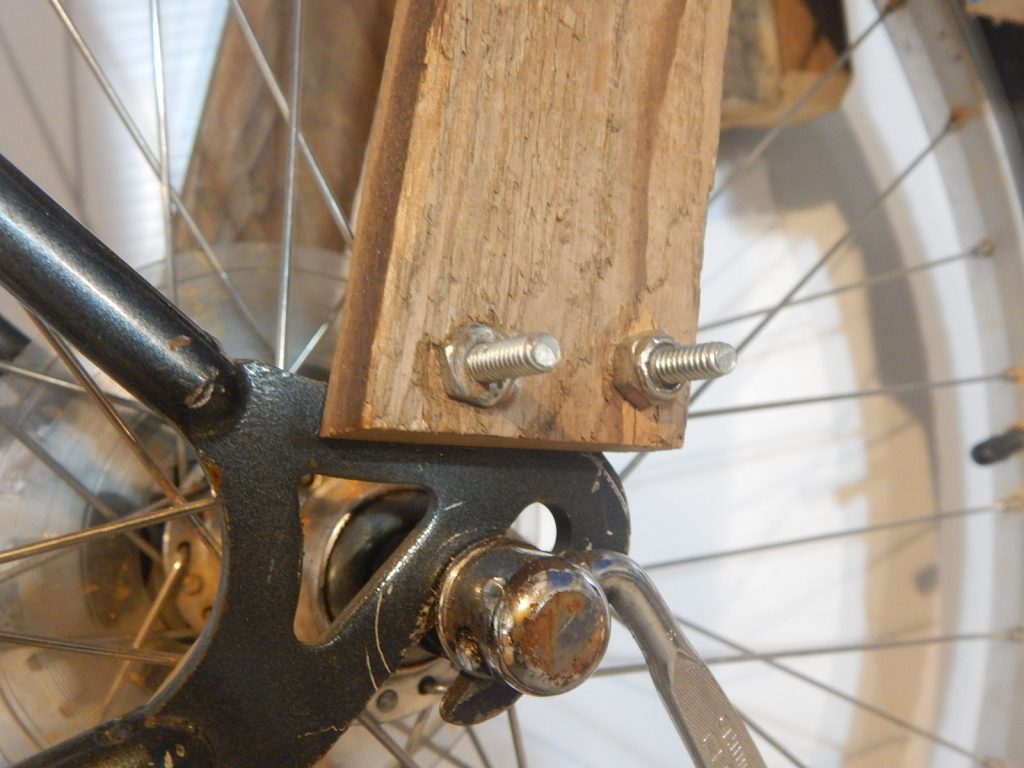 I added supports to the rear by attaching to the bottom bracket fender mount. 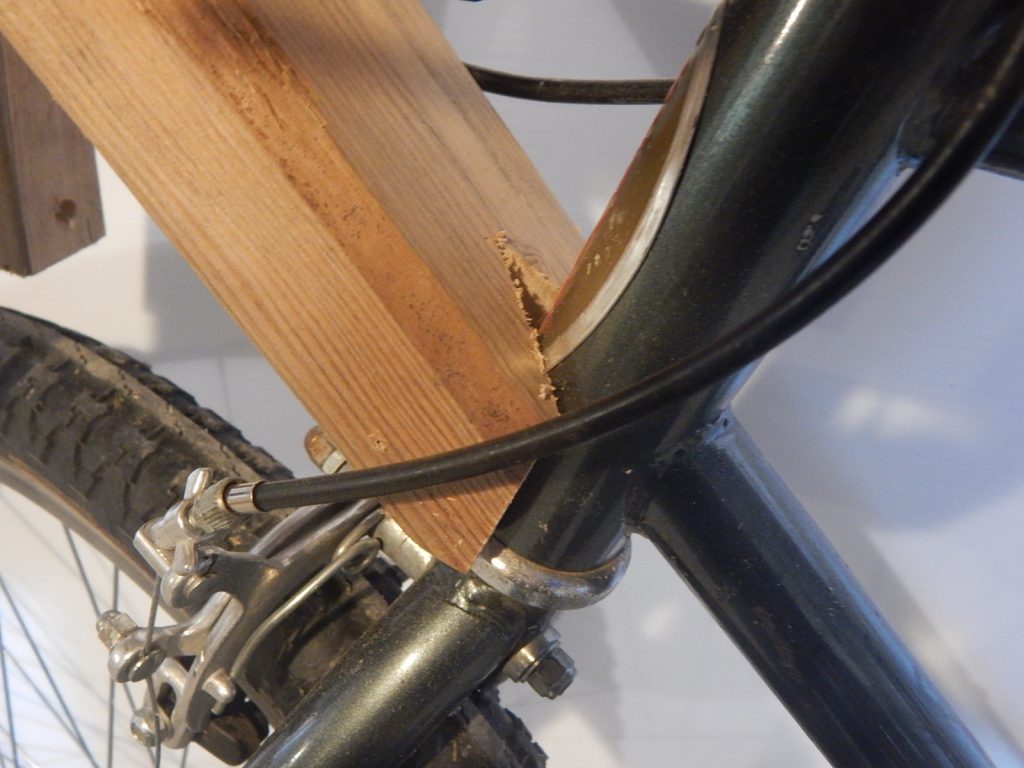 To add more support to the front I added this board which rests on the steering tube. 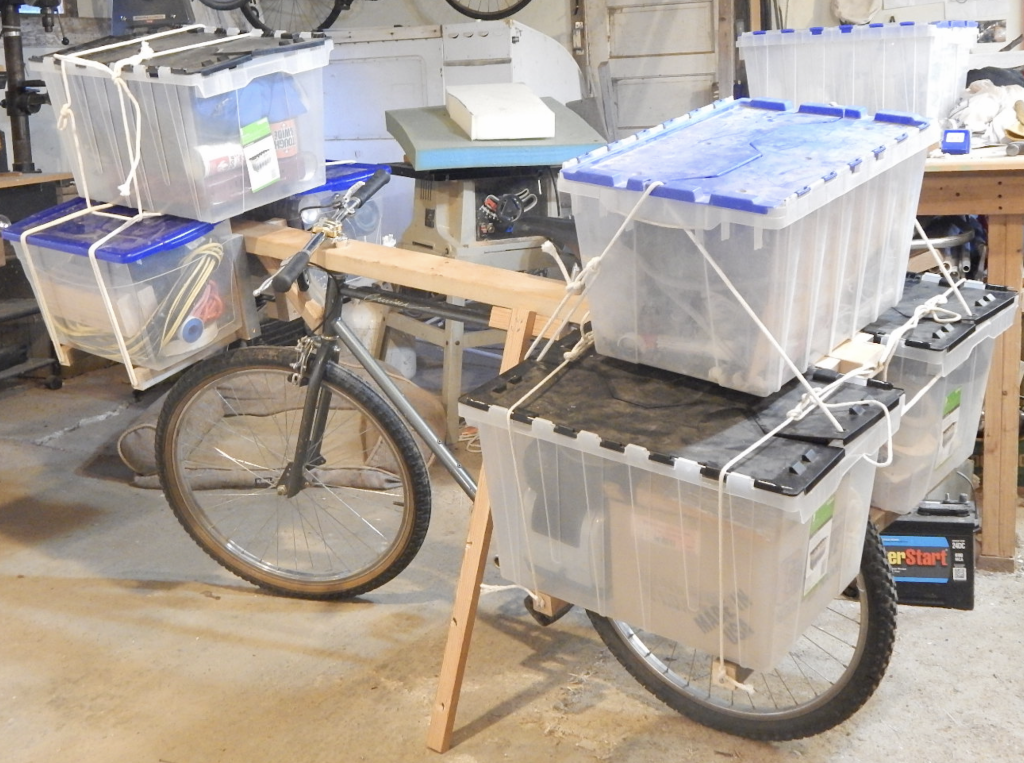 The lower front totes were purposely set higher than the rear totes to keep them from hitting the front tire when making a sharp turn.  A supporting ‘T’ board was used to hold the bike upright when fully loaded. 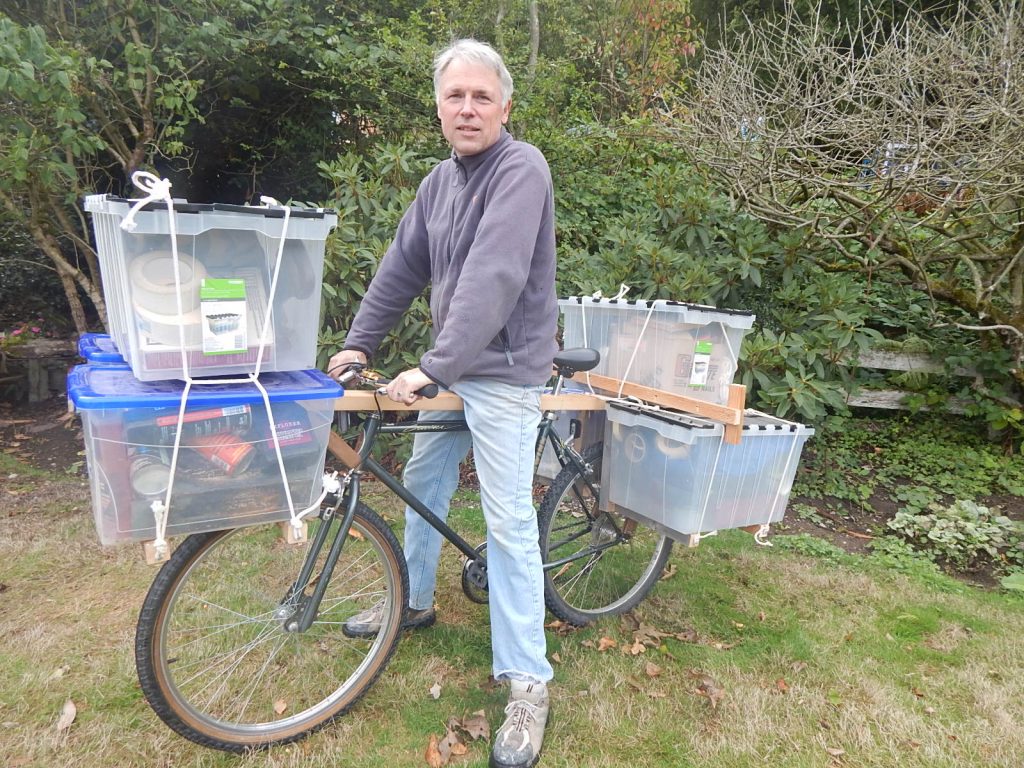 I was able to ride or walk the bike carrying six tote containers weighing in at 130 pounds total. I felt more weight could be added if you needed to.