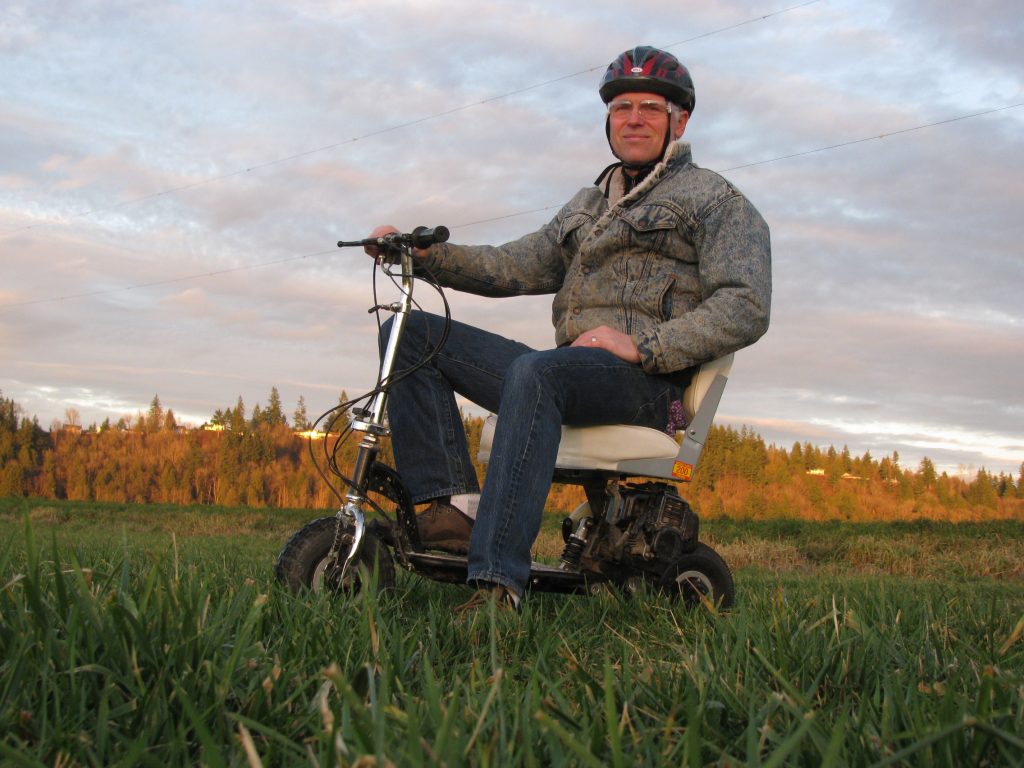 This was the third of my stand-up scooter recumbent conversions. This Zooma was built a bit cheaper than the Goped. The Goped had single forks for easy

access to the wheels in case of a flat, and it had a big rear disk brake. The Zoom however had dual drum brakes on both wheels, rear suspension and CHAIN DRIVE! 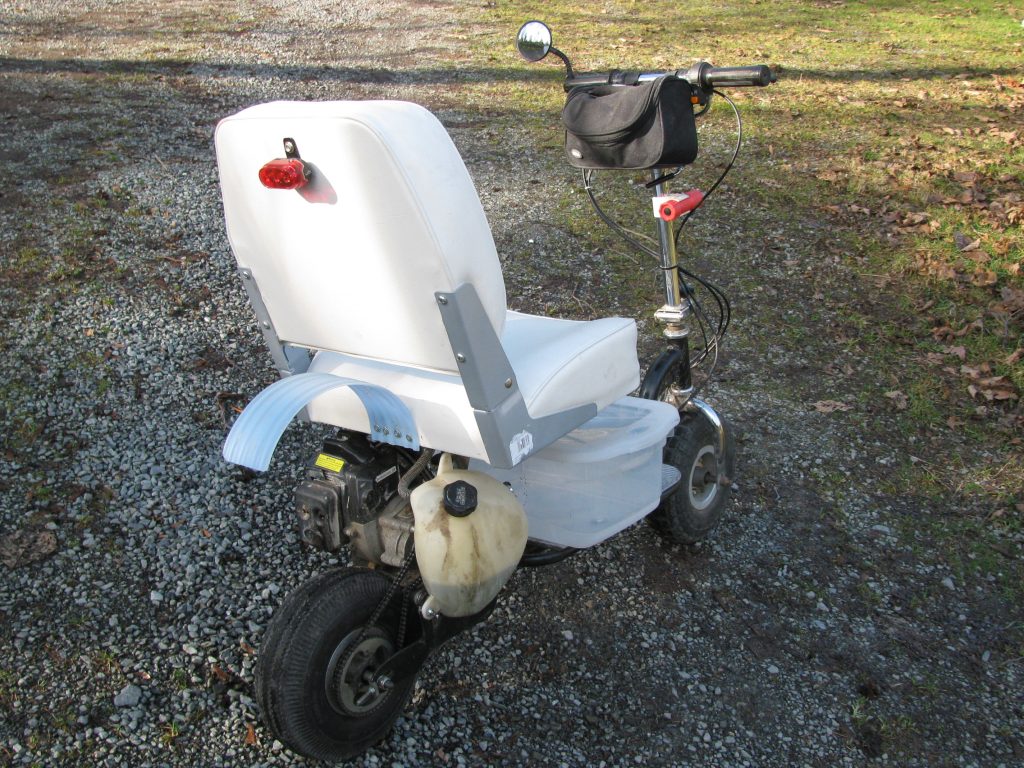 On this rig I raised the seat height to be seen and for better visibility. Instead of hard plastic I opted for this cheap cushy Walmart fishing boat seat.

Lights and a rear fender were also added, including the front tote bag. 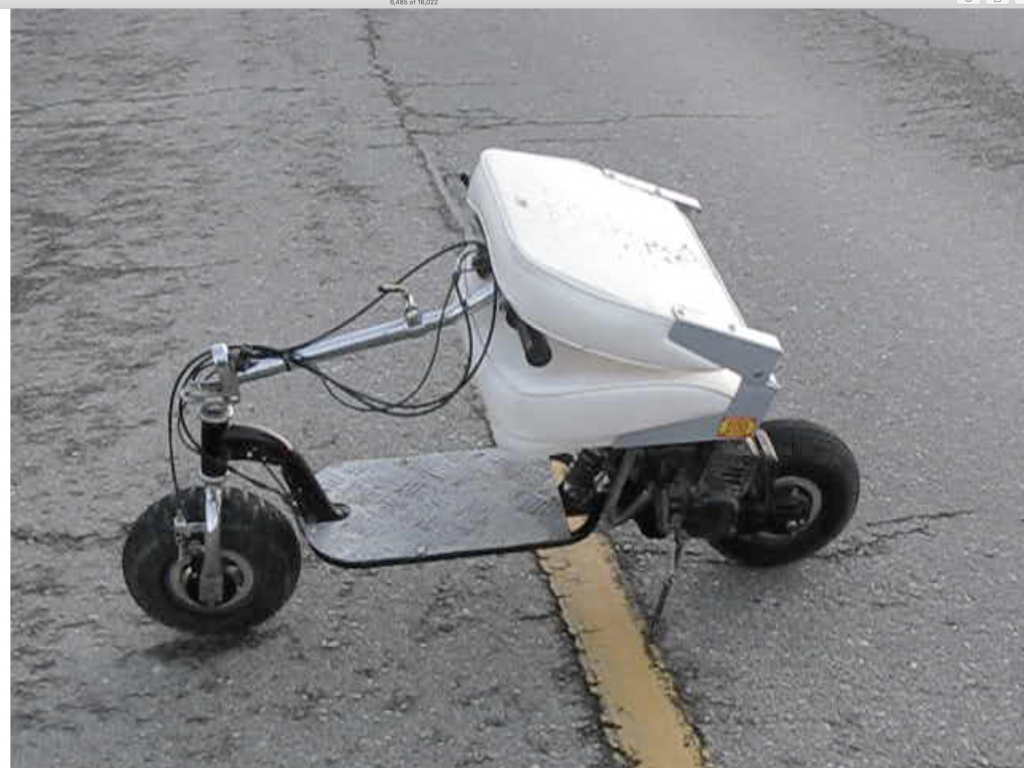 The handle bar and seat both folded down so the scooter was easily stored or transported in the trunk of a car. 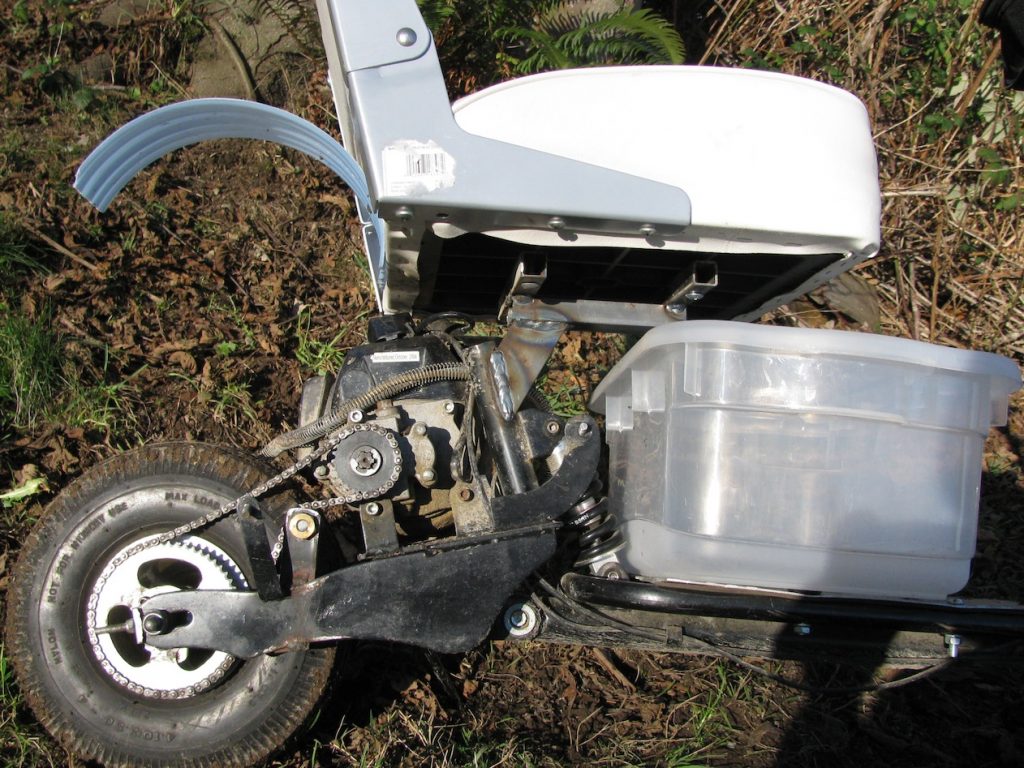 The Zooma came with a seat post. I welded the seat mount onto this tube. Unfortunately the seat moved forward when you encountered a bump in the road.

To do it again I’d mount the seat coming off the foot pad. I also added a taller sprocket to get more speed, and a storage bin was added under the seat. 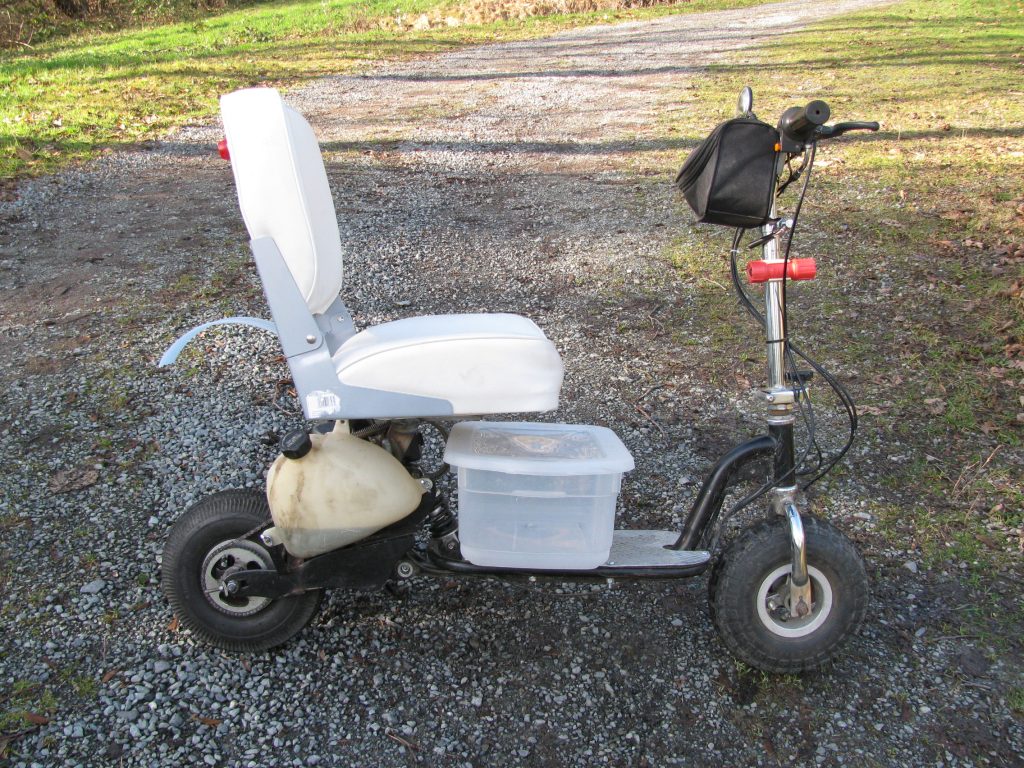 I liked this little scooter. The steering was a bit touchy but it was quick and fun to go on rough roads or in a field.