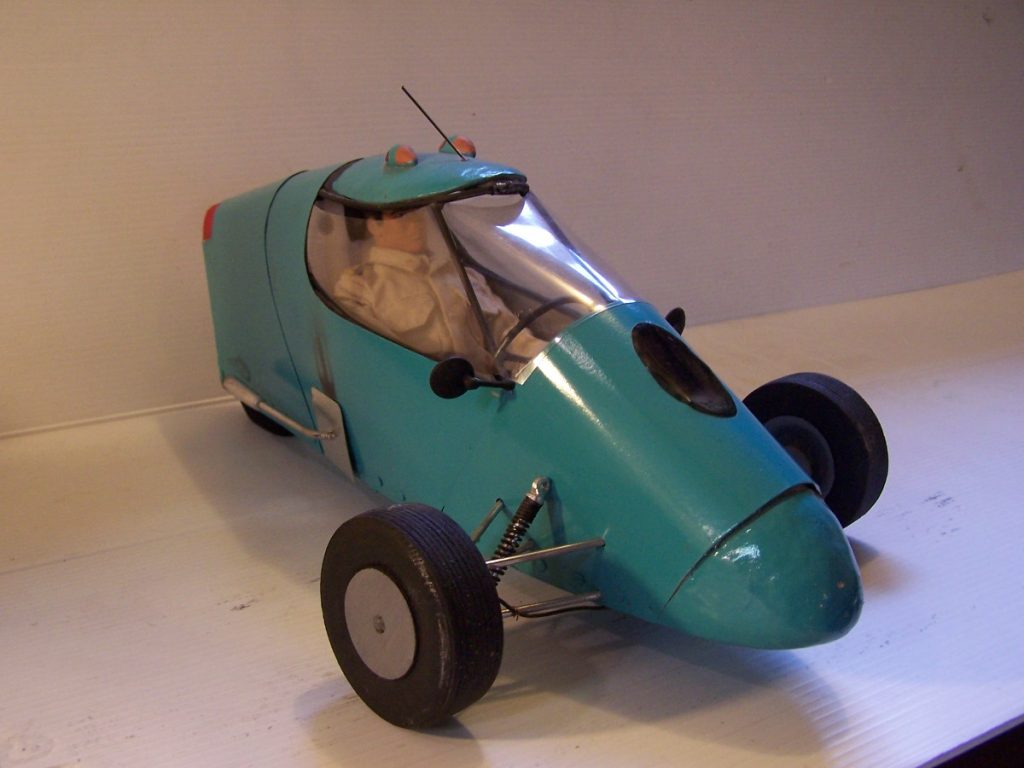 I had this dream starting in the early 80’s of building a trike that could get very high mileage. After years of drawing different versions, I came up with tis simple but aerodynamic body design.

I was given an old Hand aa 350. Not he motor I originally wanted to use but it was something I could work with. 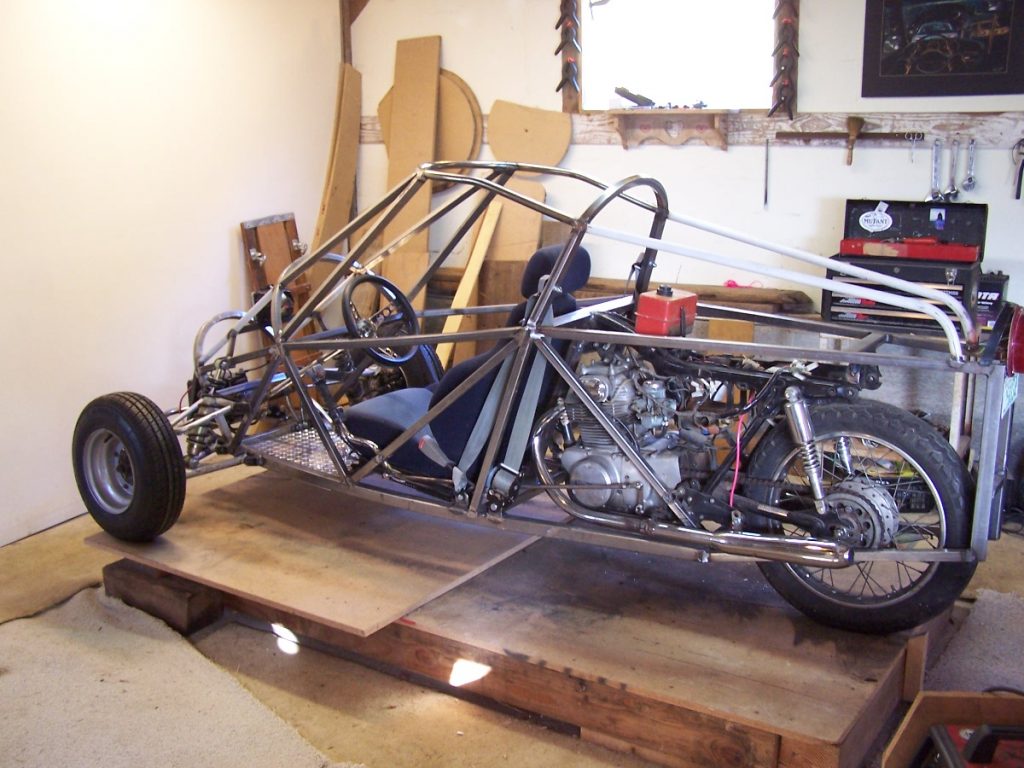 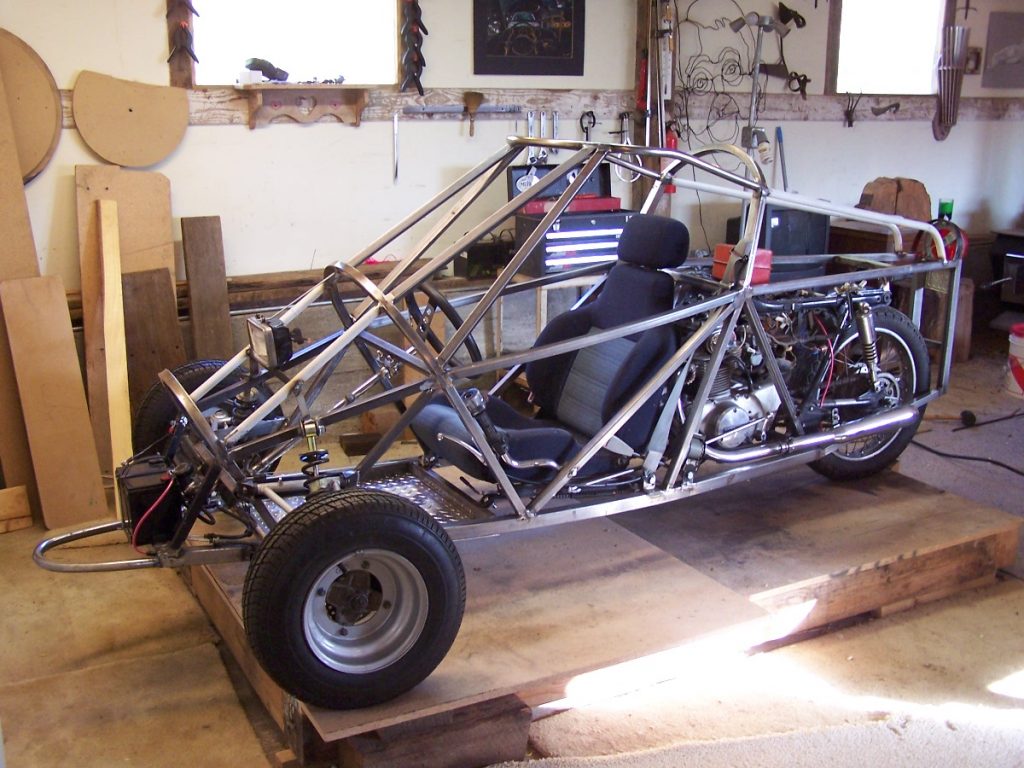 I decided to use a banshee front A arms for the suspension. The shocks came from a motorcycle. 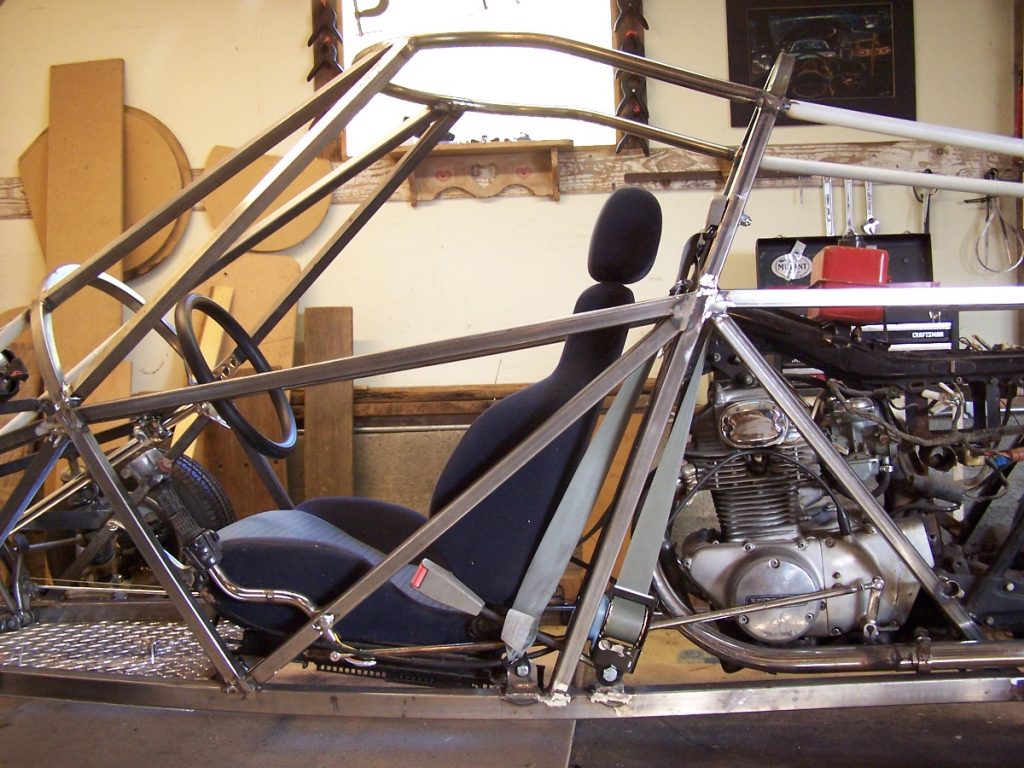 I borrowed an idea I saw from Popular Mechanics, combining all the handlebar buttons to the shifter handle, including the clutch arm. 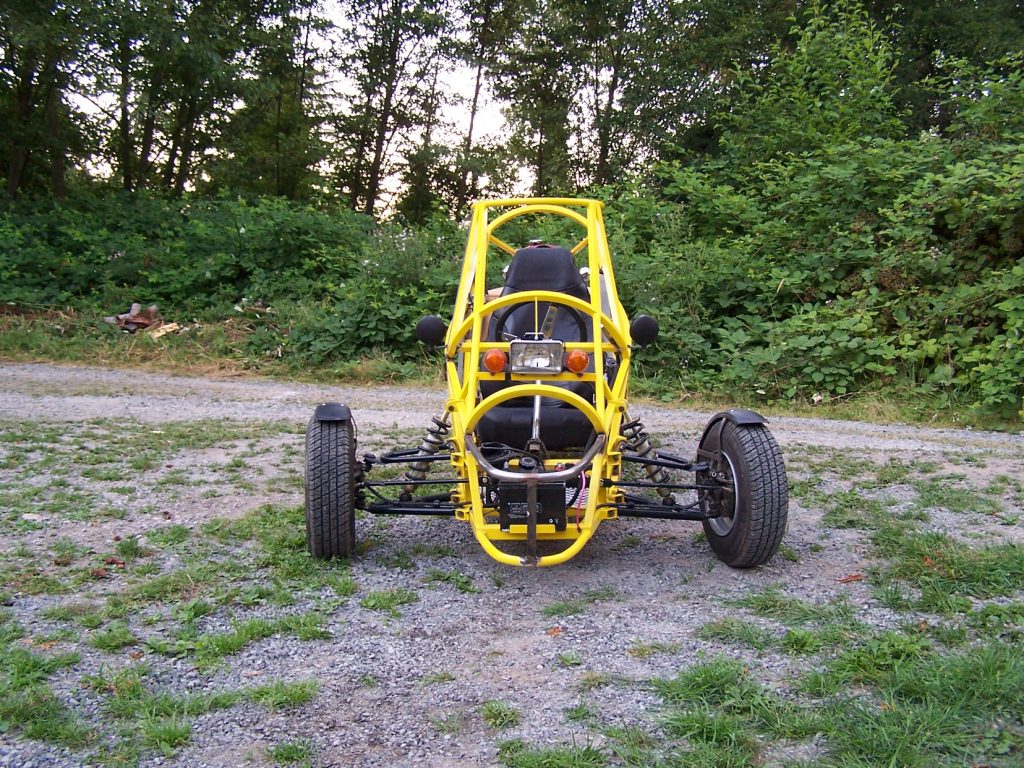 I had it all ready to take to the DMV. I loaded it onto the back of my pickup truck and away I went. When I arrived the inspector didn’t understand

what he was looking at. I explained. He told me in the state of Washington no off-road parts could be used on a road vehicle. 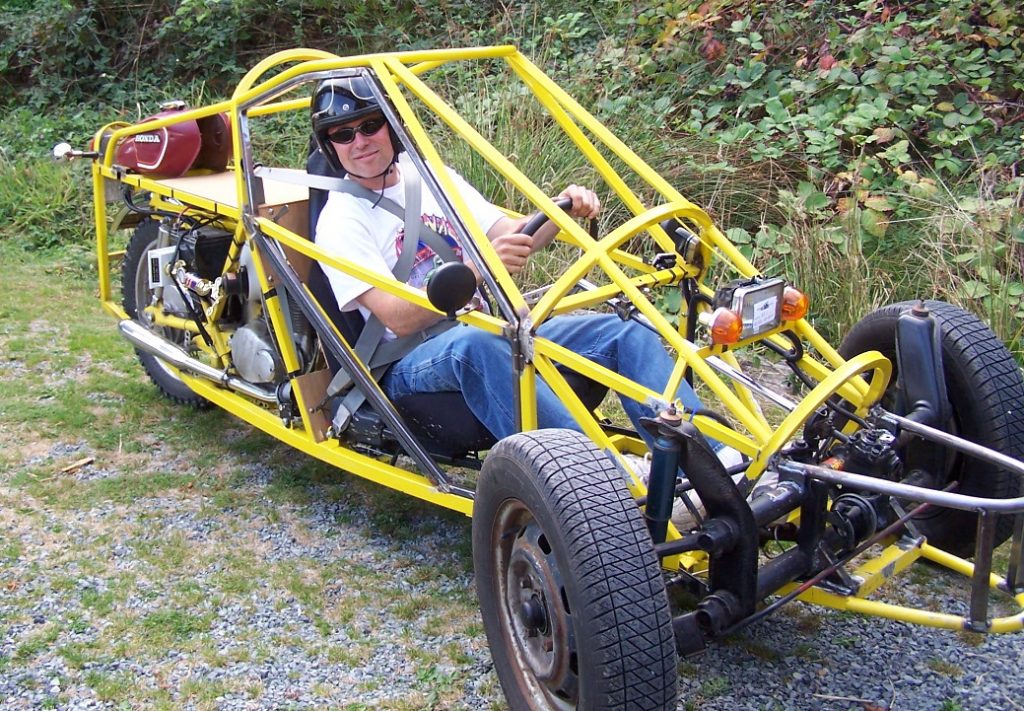 I went back with my tail between my legs. I ended up purchasing a Karmann Ghia front end and added this to the trike. The suspension was very stiff

because I didn’t have much front end weight. I ended up taking the shocks off for a spell. On one ride I tried to do a donut turn in the middle of an

intersection. The inside tire dug in and I was instantly on 2 wheels. I came about 3 degrees from rolling over. This scared the crap out of me. 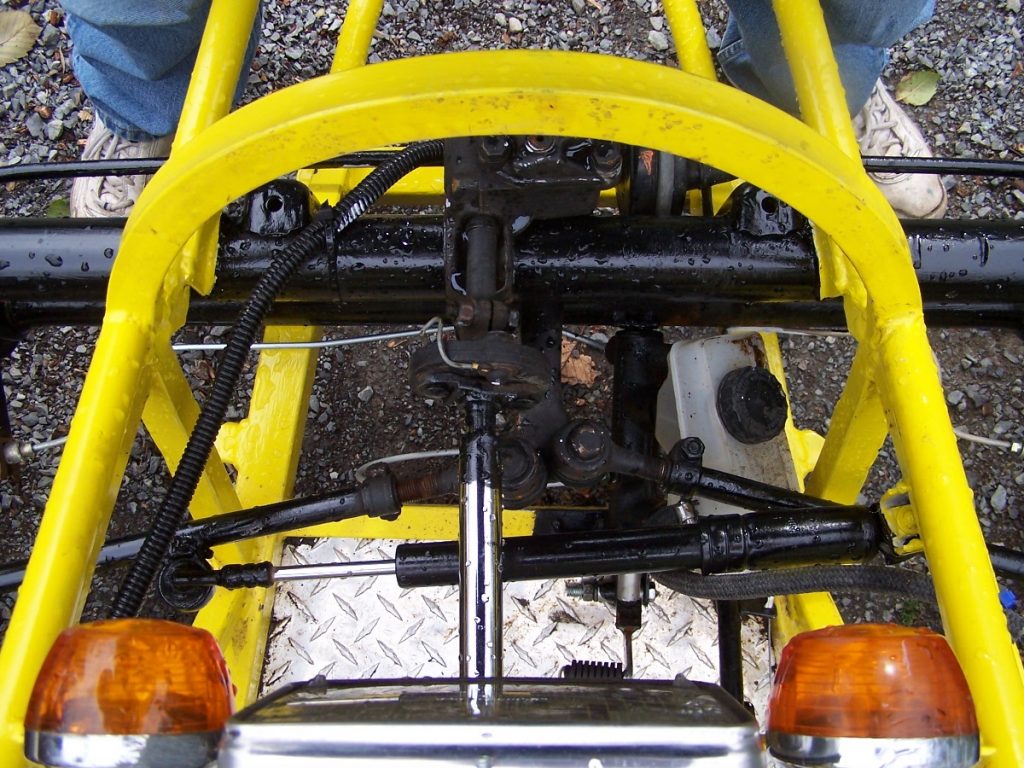 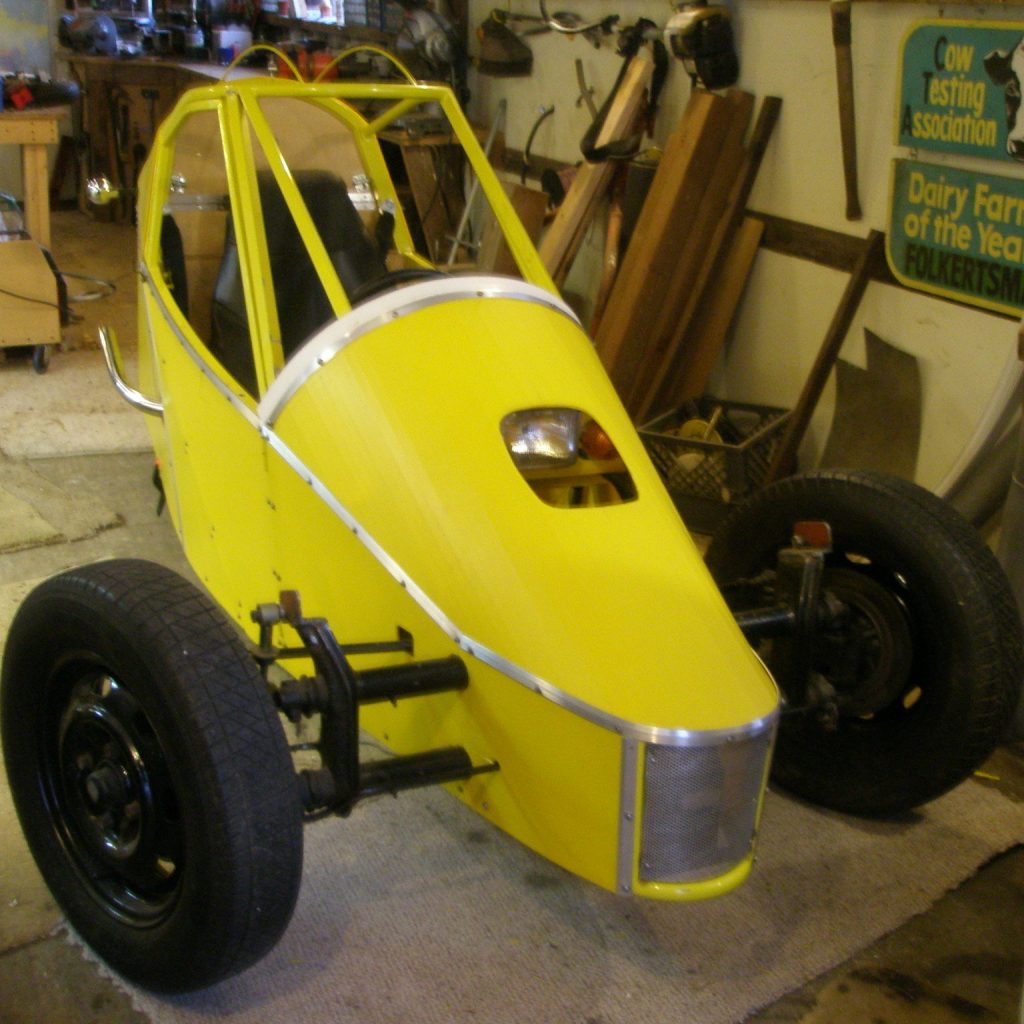 I ended up cutting the shock towers down and adding my old motorcycle shocks, minus the springs. I finally got around to adding a fluted plastic body. 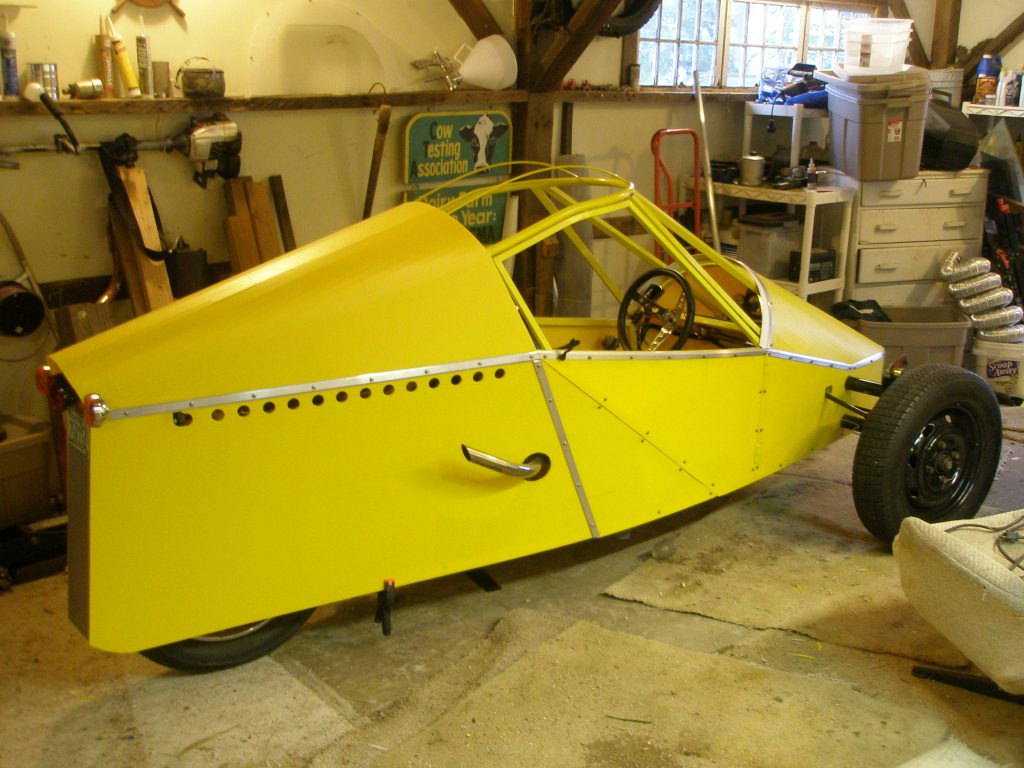 This trike when thru many renditions. I learned a lot from working on it. At this stage the motor kept overheating and I lost interest. The extra weight

of the VW front end became to much for the small motor and clutch. I soon parked it, never to get it licensed. 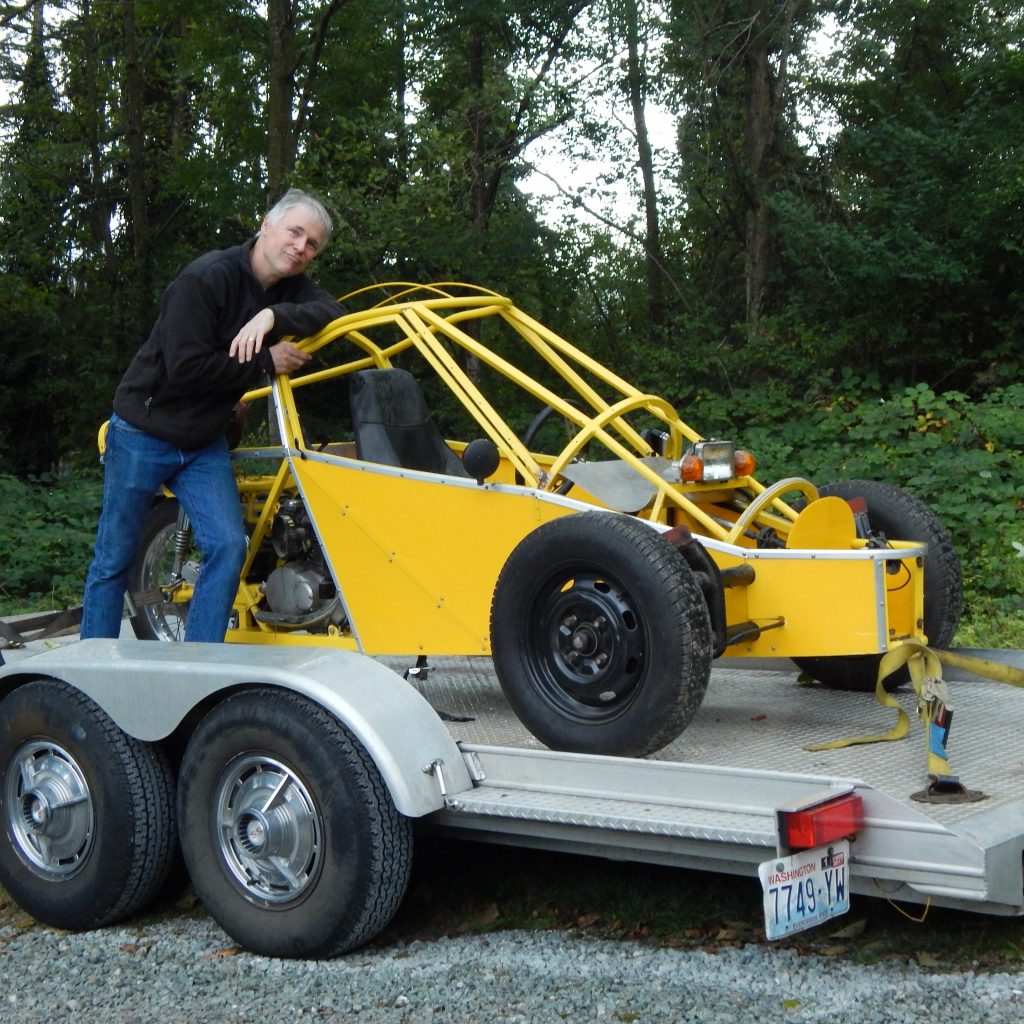 Later I sold it to a fellow living in the Tacoma area. I hope he can fix the bugs and get it running again.