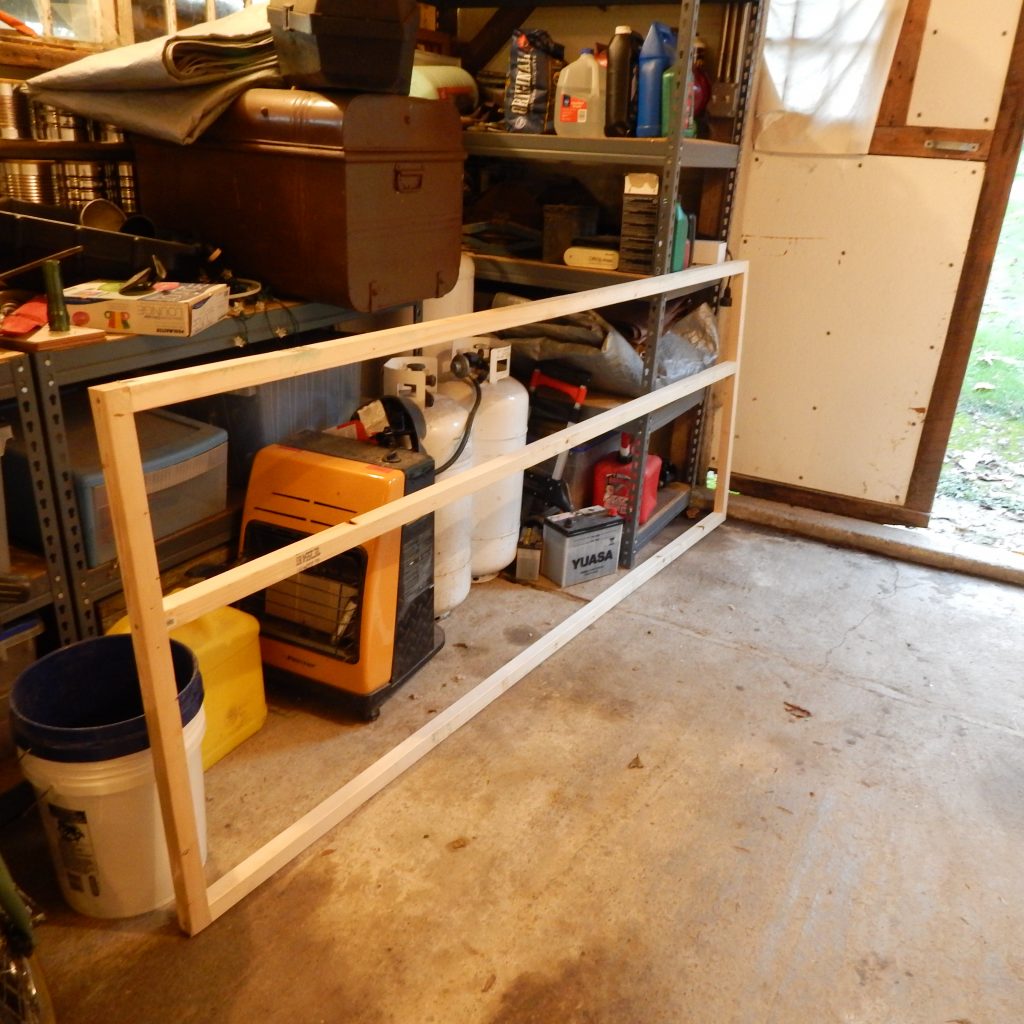 On the first pod base I used three recycled pallets. Here I’m experimenting with 2×2’s for the base frame, later adding 1/2″ OSB for the floor. This proved too weak. 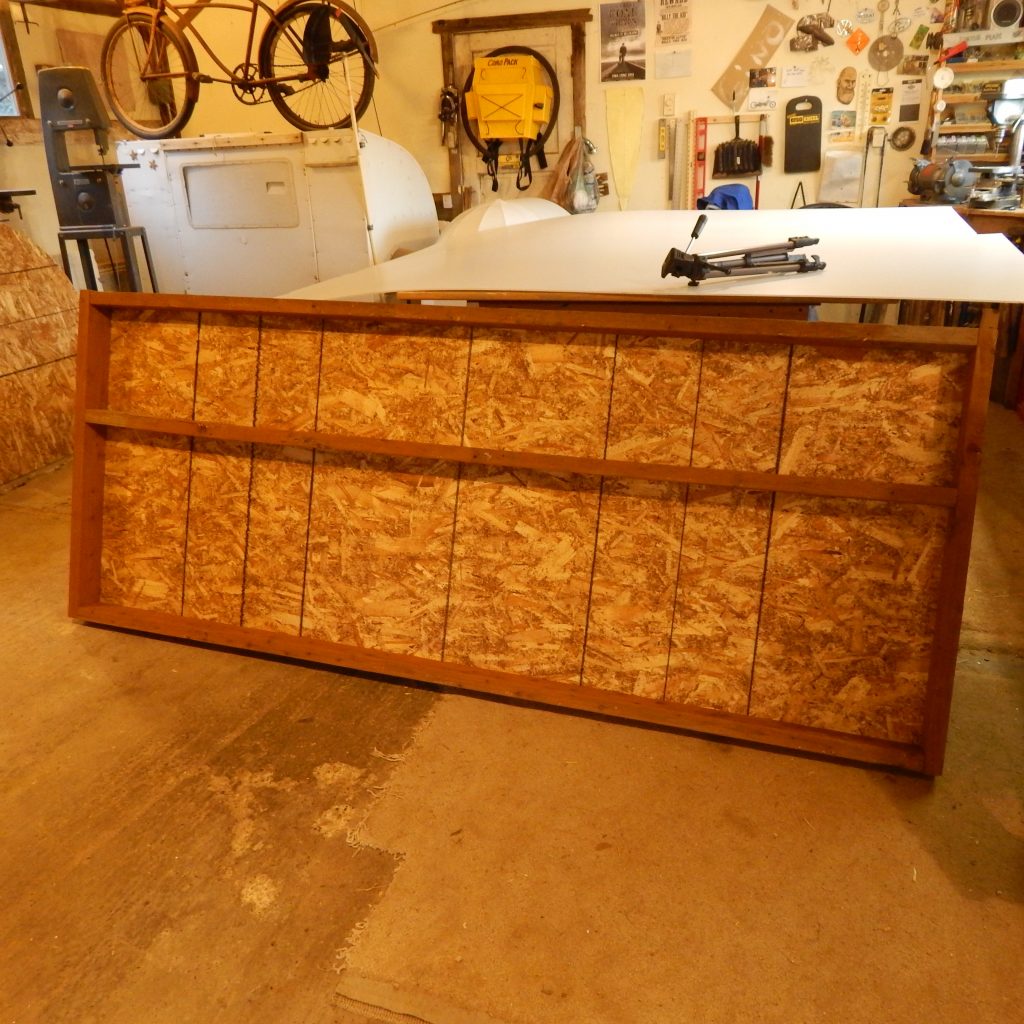 On the final version I used four treated 2×4’s and 1/2″ OSB sheeting. This proved very robust. Although costing a bit more, going this route saved on assembly time and made the pod lighter. 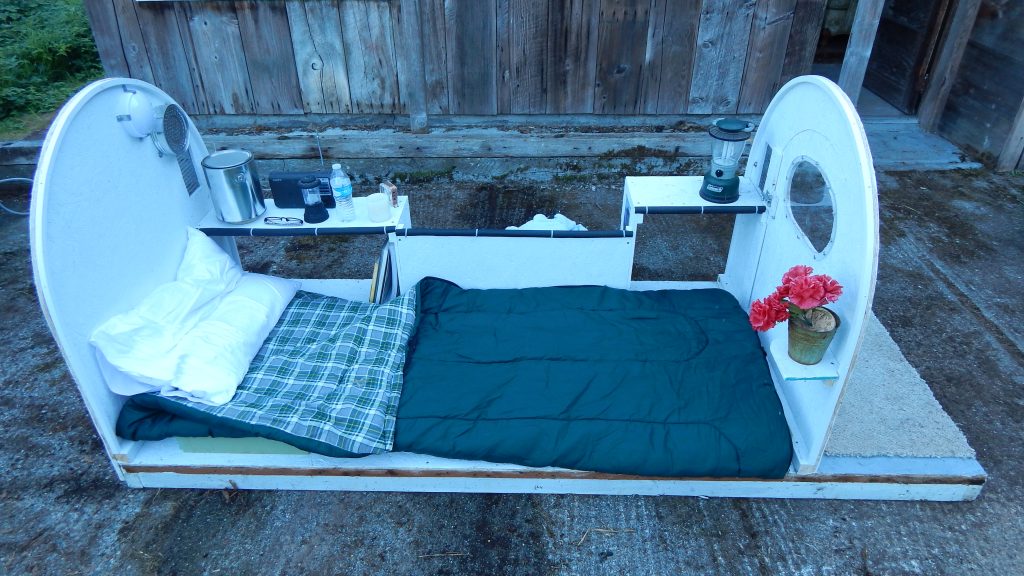 I also painted the interior to make it brighter and more cheery. 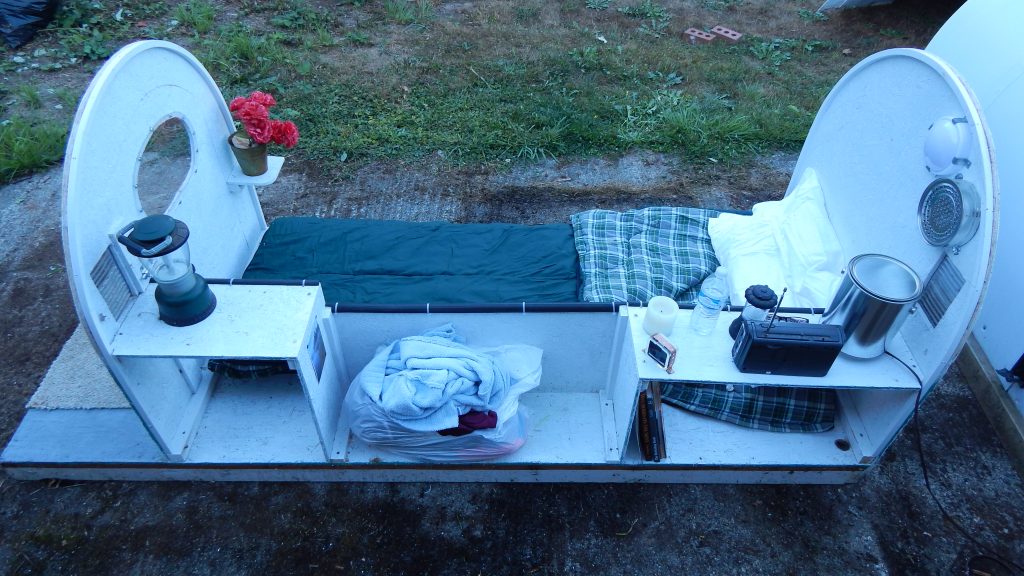 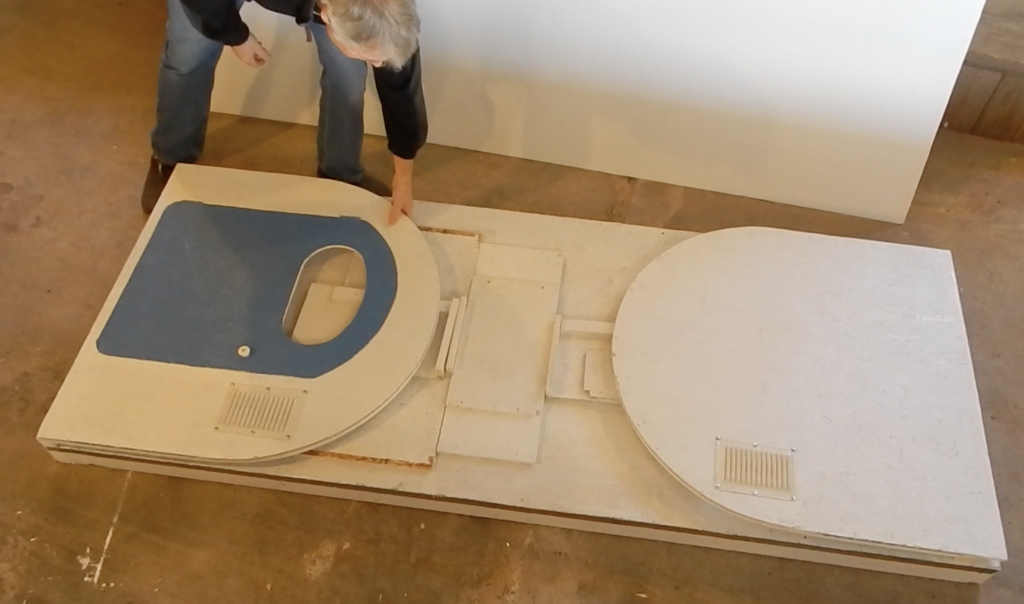 Here’s the pod broken down. Being able to lay flat makes it possible to carry several pods in the back of a pick-up, and shrinks the space needed for storage. 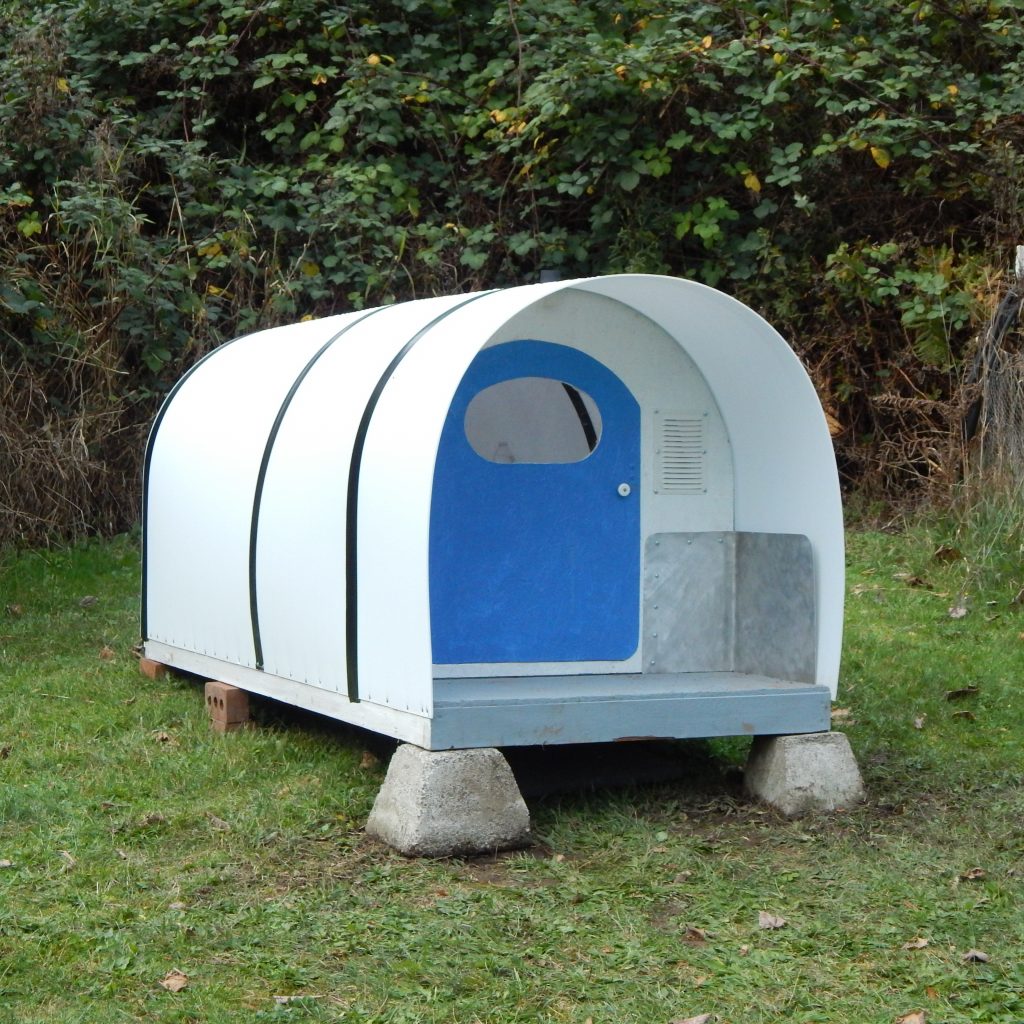 A few pier blocks helped to level the structure. I flipped the door opening so you could add an exterior burner in the wider corner for cooking.

Cooking on the porch was not in line with the true intent of the shelter, but I do like to play with alternative possibilities. 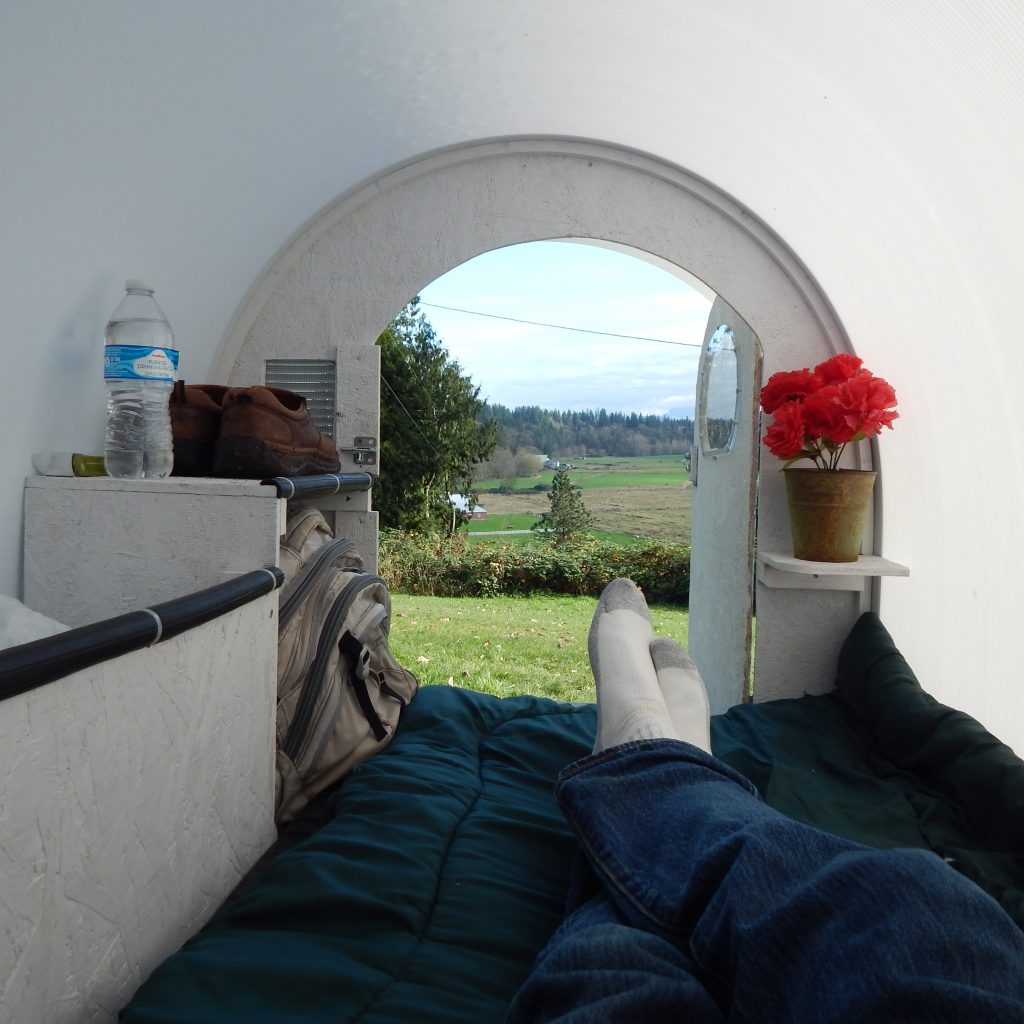 At $5 a pop I opted to use this 3/4″ plastic trim to attach the sidewalls to the roof, again saving assembly time and giving a cleaner look. 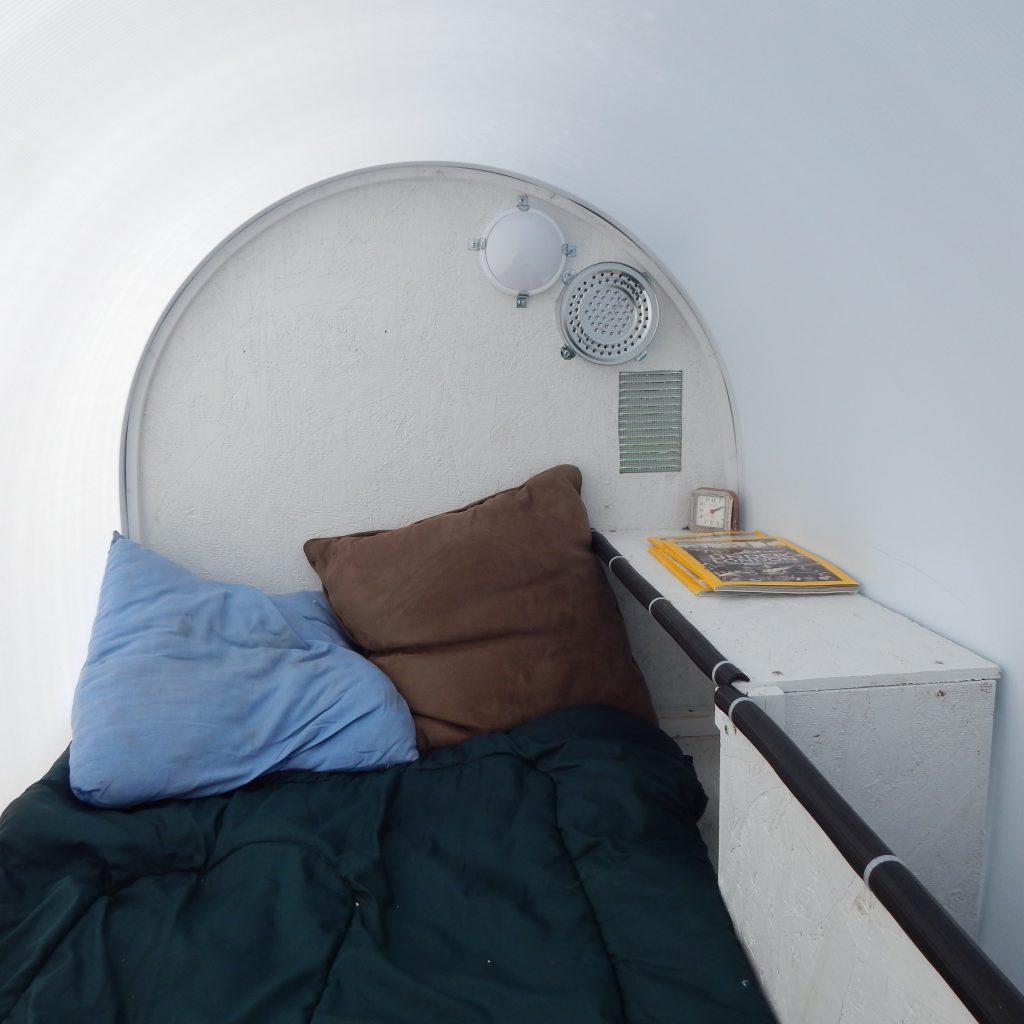 Rubber garden hose was split and added to the shelve edges to prevent slivers from the OSB chip-board. Bigger vents and a carbon monoxide/smoke detecter was also added. 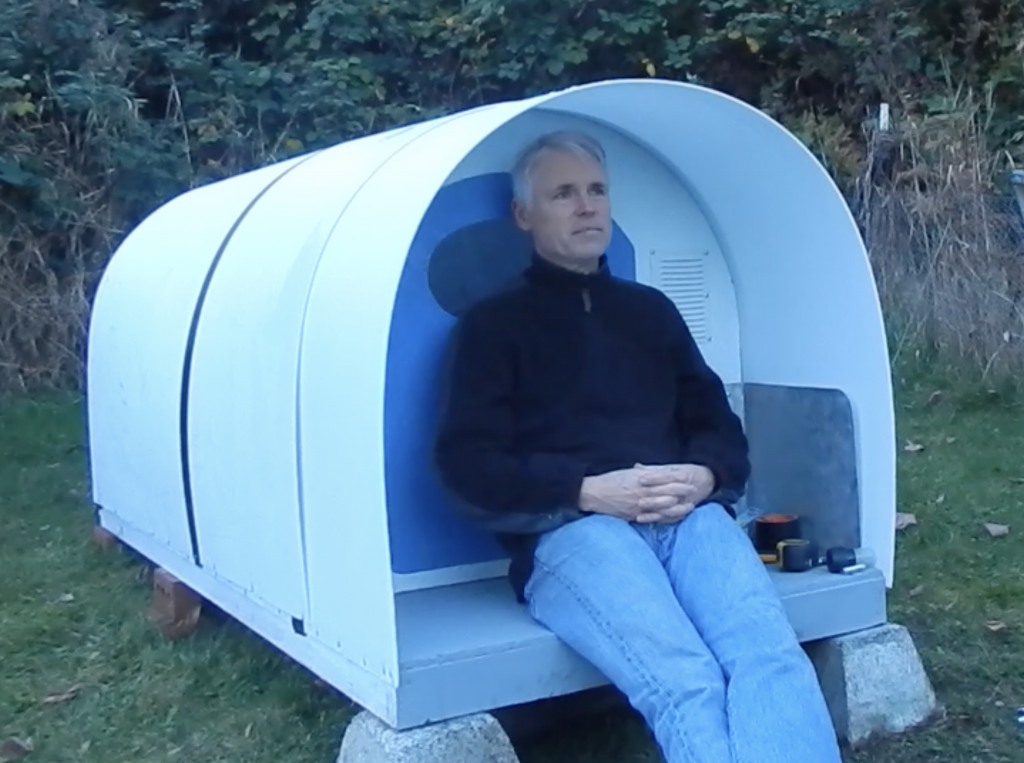 After sleeping in the structure on a very rainy night, I opted to add a second layer of fluted plastic to help deaden the noise and for more insulation. This didn’t help much.

Unfortunately, to do it right I would need to reduce the width of the base and cut the side walls smaller. This would allow me to sandwich 1″ foam between two layers of fluted plastic.

These alterations were just too much work. But if I were to make another version, this and sandwiching foam insulation to both end walls and the floor is what I’d do.

Unfortunately doing this would dramatically increase the cost and time of construction.

There is a shelter designed by Geoffroy de Reynal, a French engineer that makes an igloo-like shelters using thick Polyethylene foam. He covers the interior with aluminum foil allowing temperatures inside the igloos to reach 60 degrees Fahrenheit higher than outside, plus it’s waterproof. The disadvantage is the structure must sit on a flat surface, has no shelves, smoke/C.M. detector, lights, lock, perch or mattress.

I’m sure theres a better version that someone will develop to meet the needs of a homeless individual in need of comfortable rest on cold nights.