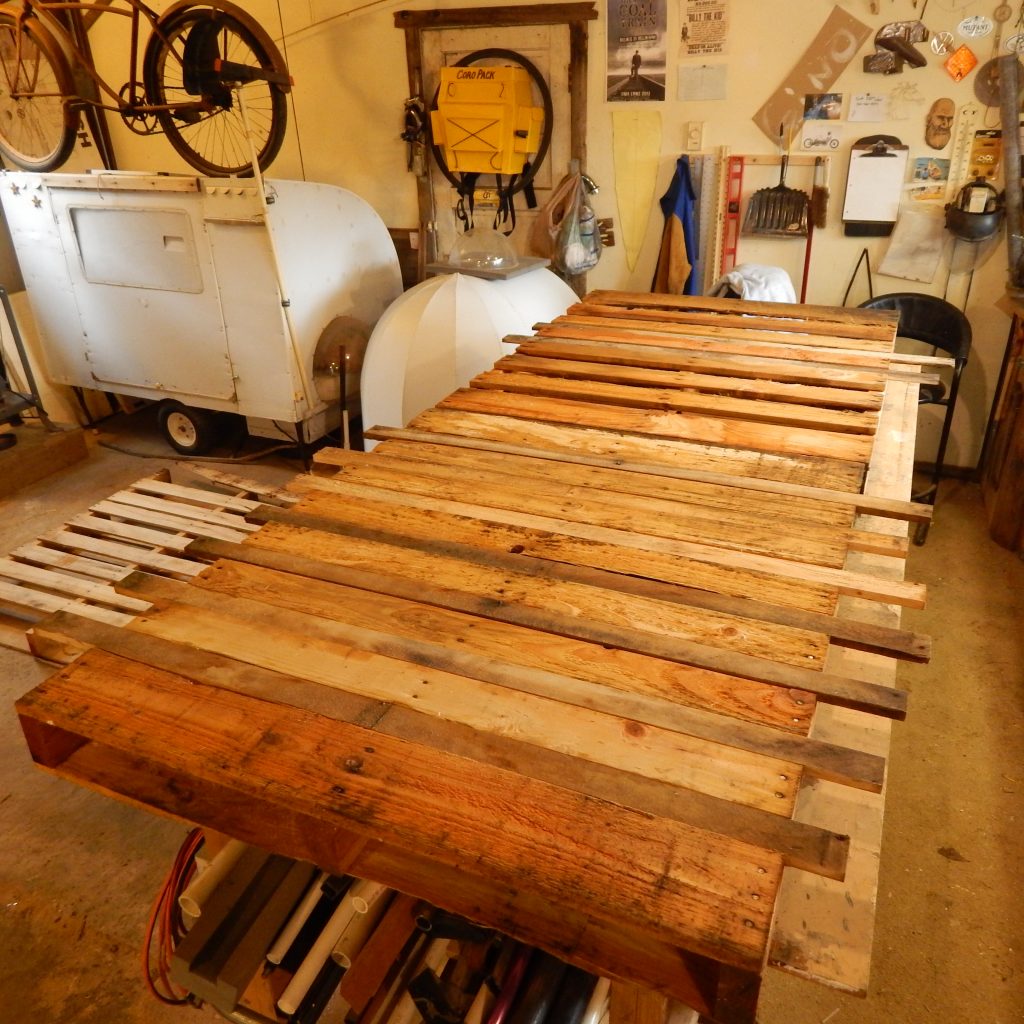 I wanted to make an inexpensive sleeping pod that a church or homeless advocate organization could install outside for wintertime use.

Some homeless prefer living outside rather than sleeping around nefarious strangers or dealing with the rules some religious backed shelters impose.

I started with two 40″ by 48″ pallets. I used the boards from a third pallet to fill in the cracks. 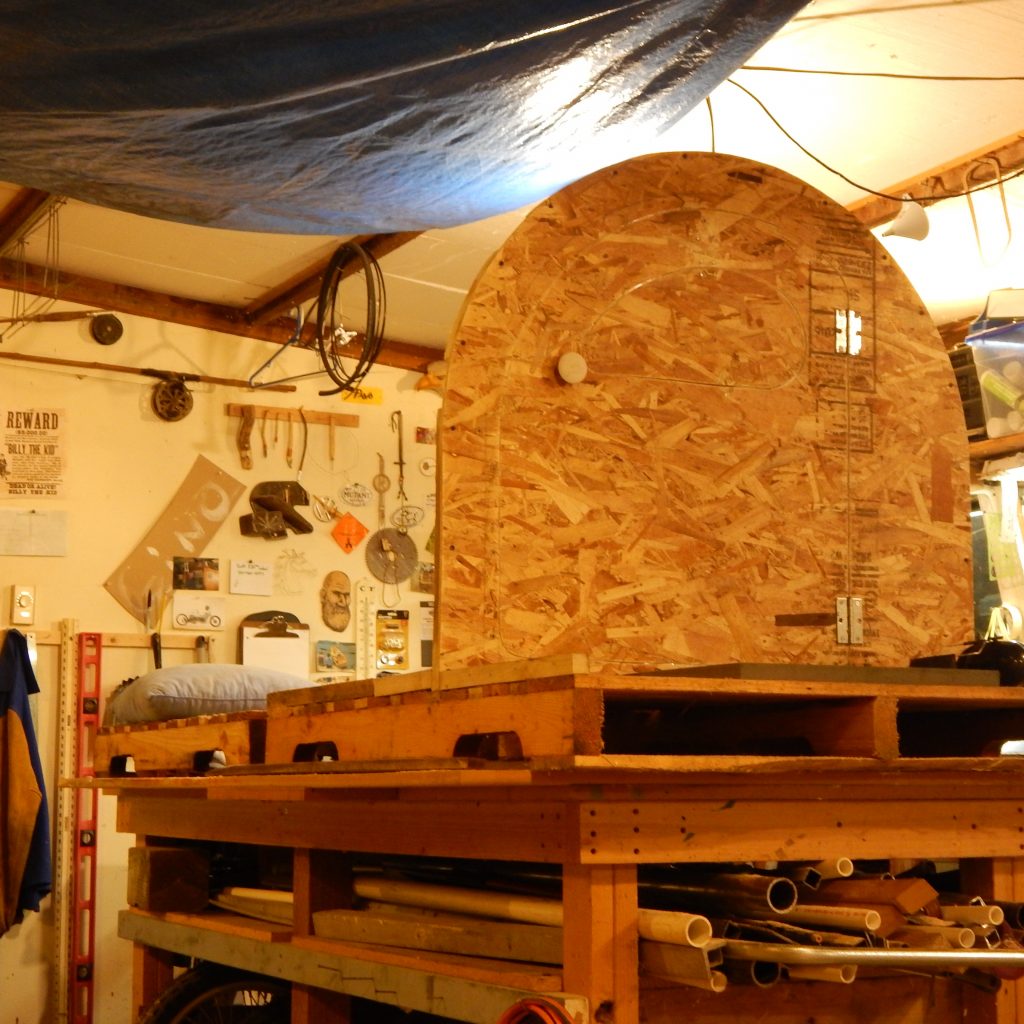 A sheet of 1/2″ OSB was used for the end walls and shelving. 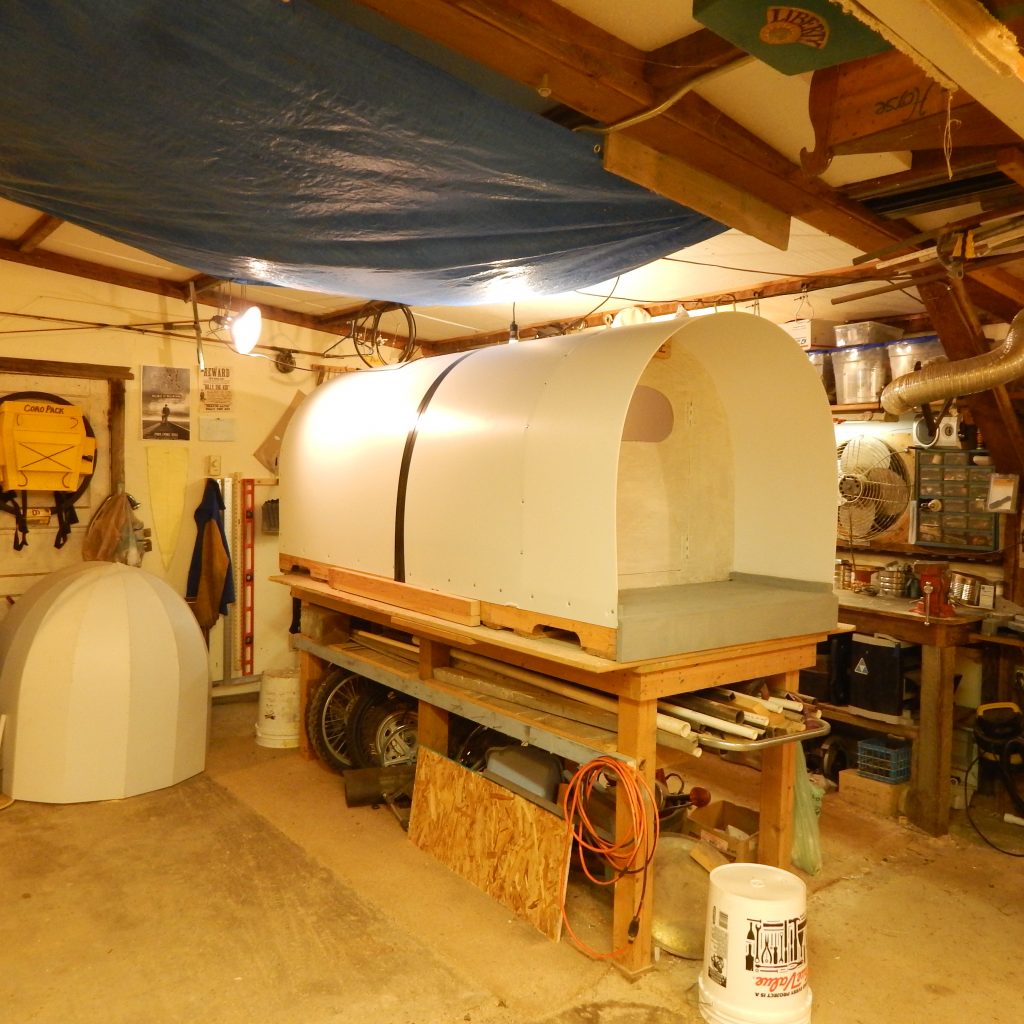 Two sheets of fluted plastic were used for the roof. The door wall was inset to create a covered perch for smokers. The perch was painted with deck paint. 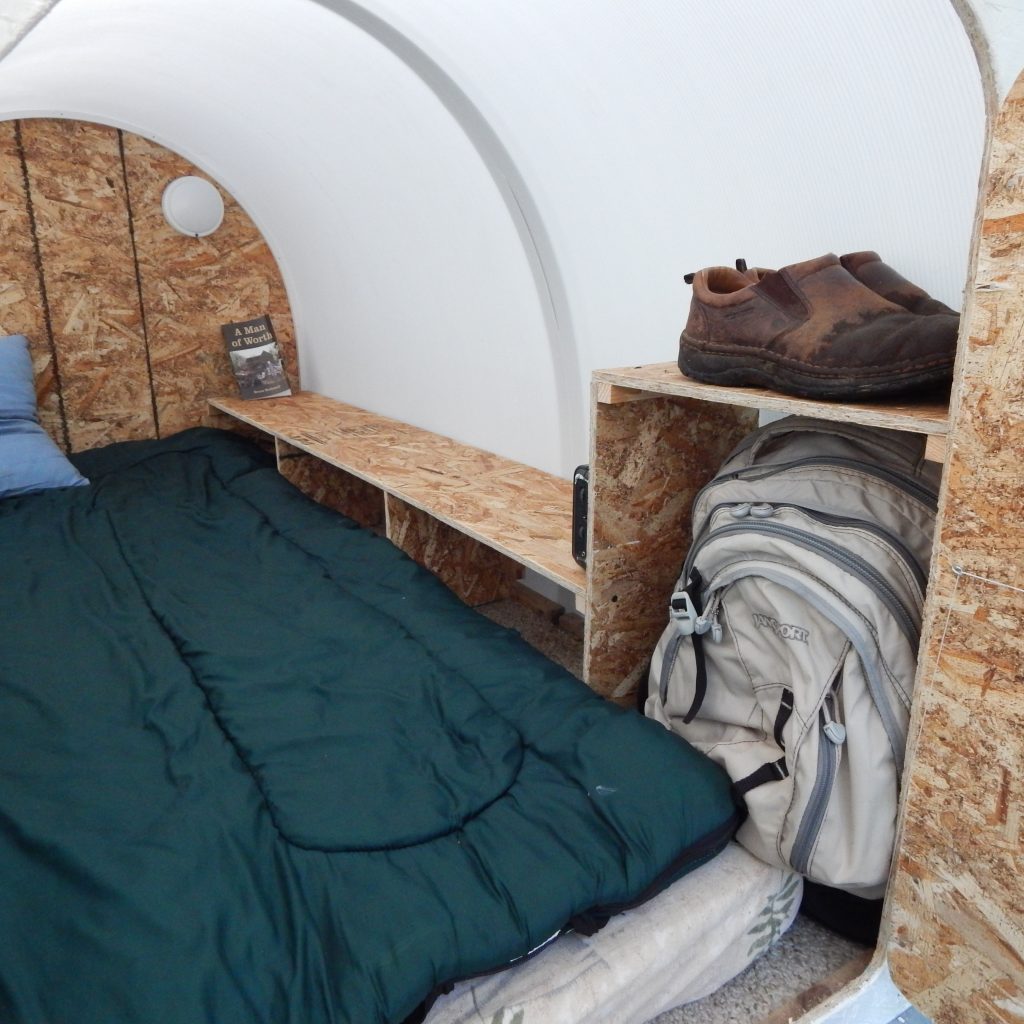 The 40″ wide shelter is carpeted, has a 3″ thick sleeping pad and 10″ wide shelves for storage. 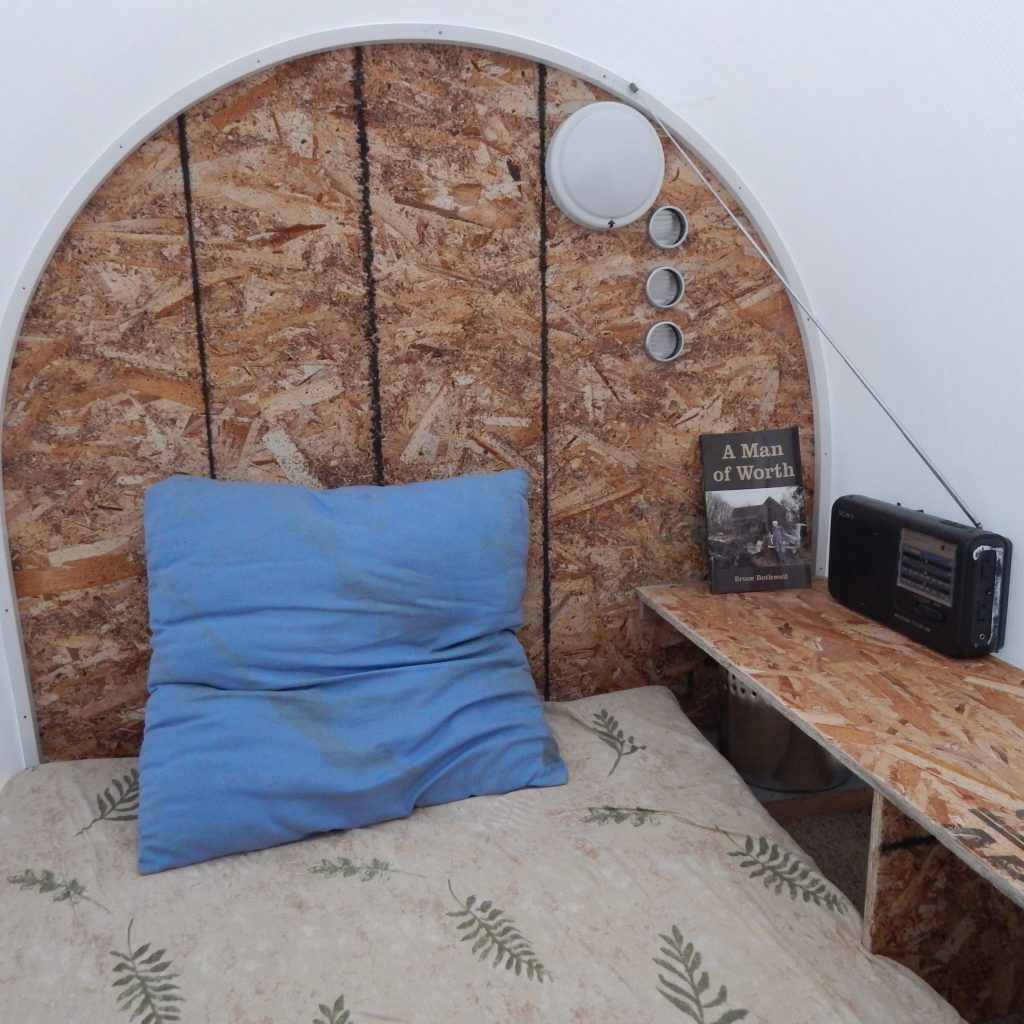 I used a white 3/4″ square strip of plastic trim to create a surface to mount the end wall to the ceiling.

Vents were installed on both end walls. Also on the end wall is a round battery powered closet light for night time use. 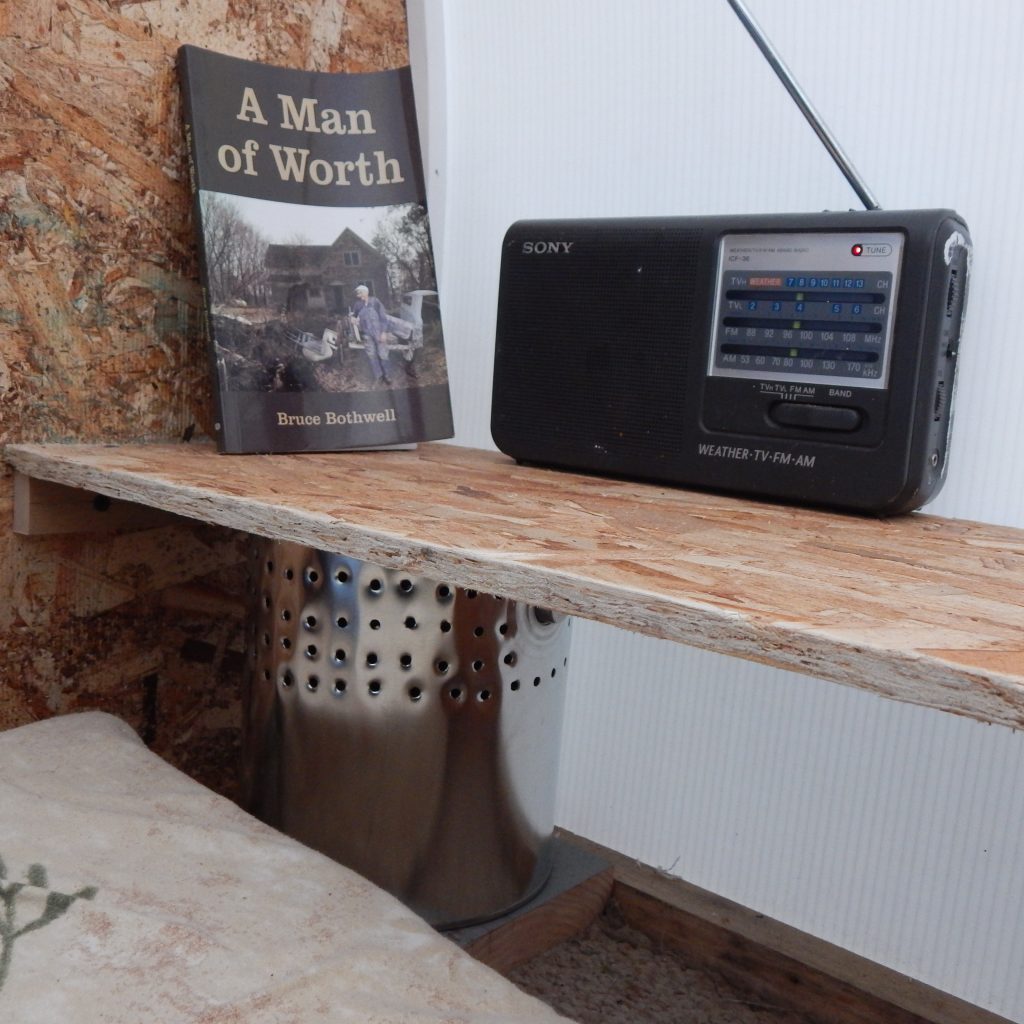 Here I’m experimenting with a 150 watt light bulb paint can heater. Unfortunately fluted plastic does not hold heat in too well. 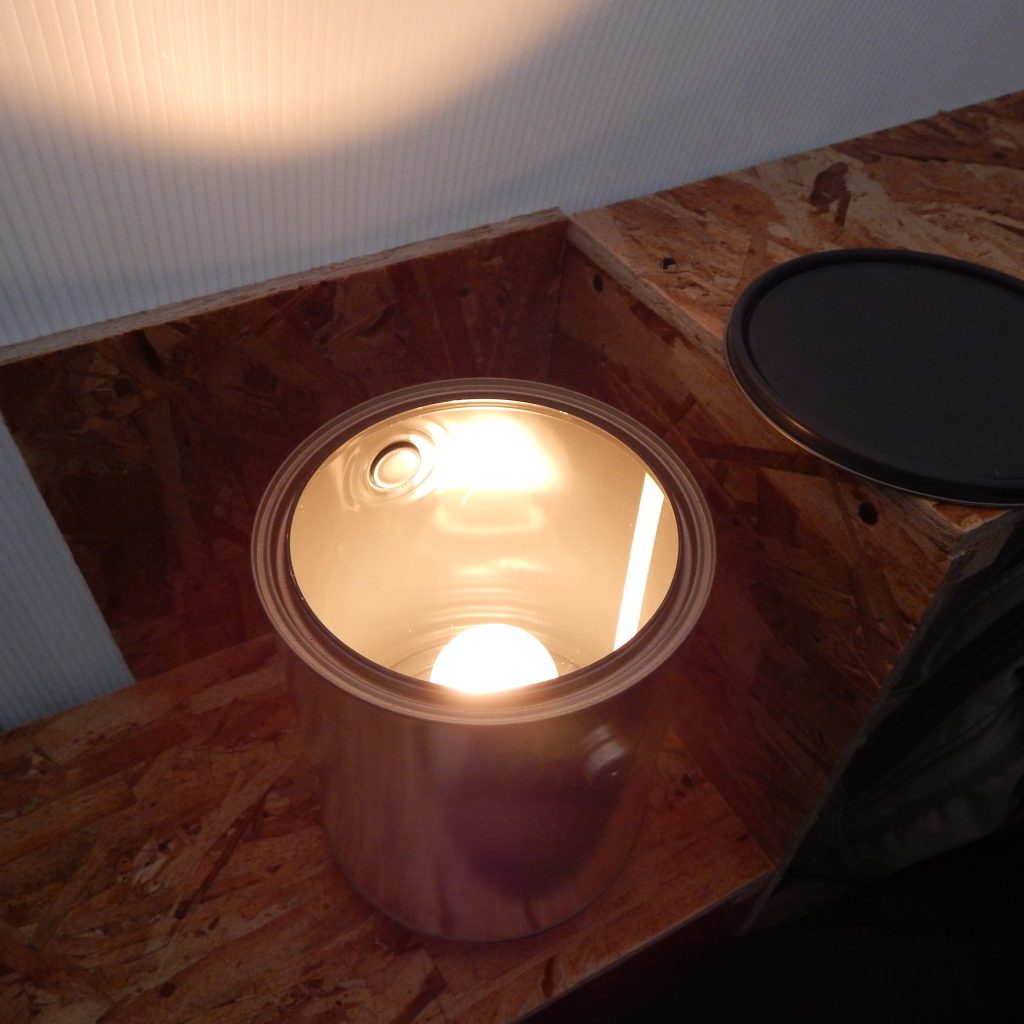 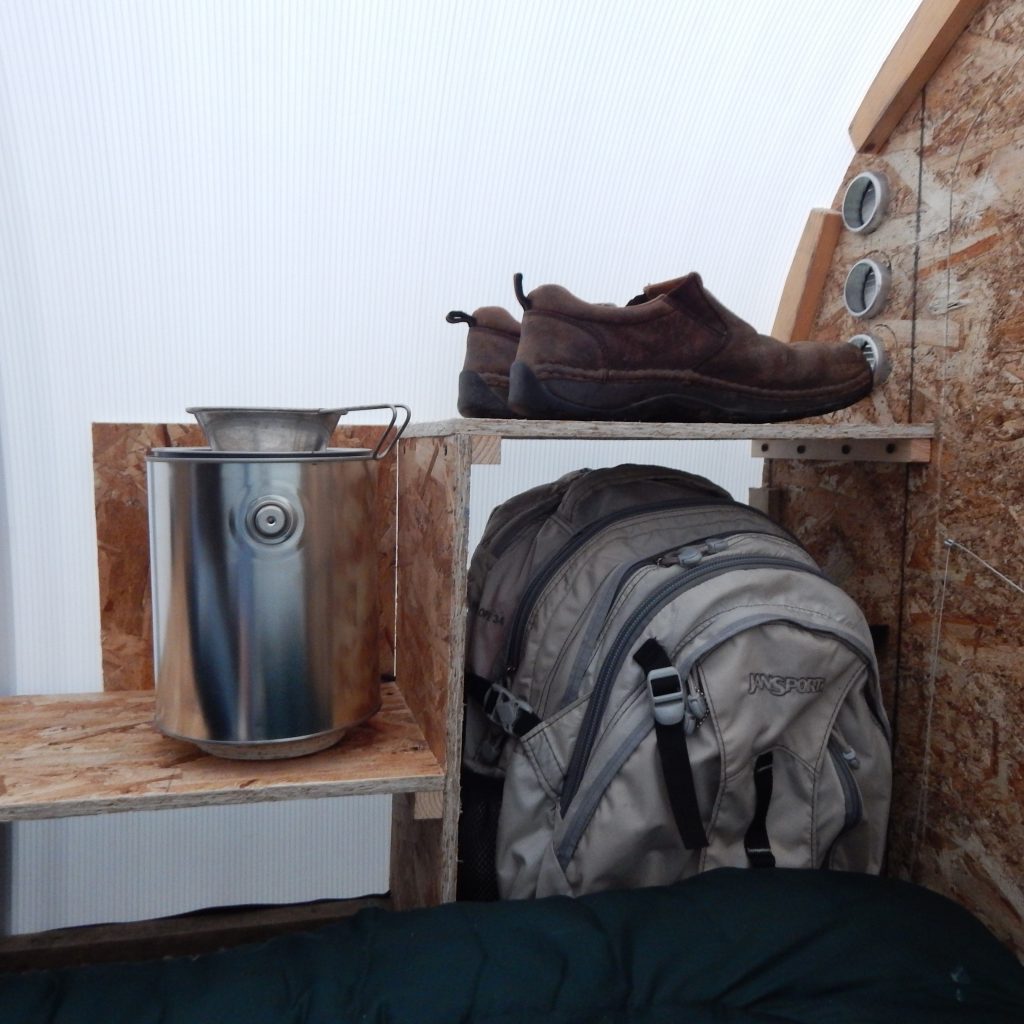 Here I’m playing with using the light bulb heater to heat up a cup of water. Notice the vents on the right. 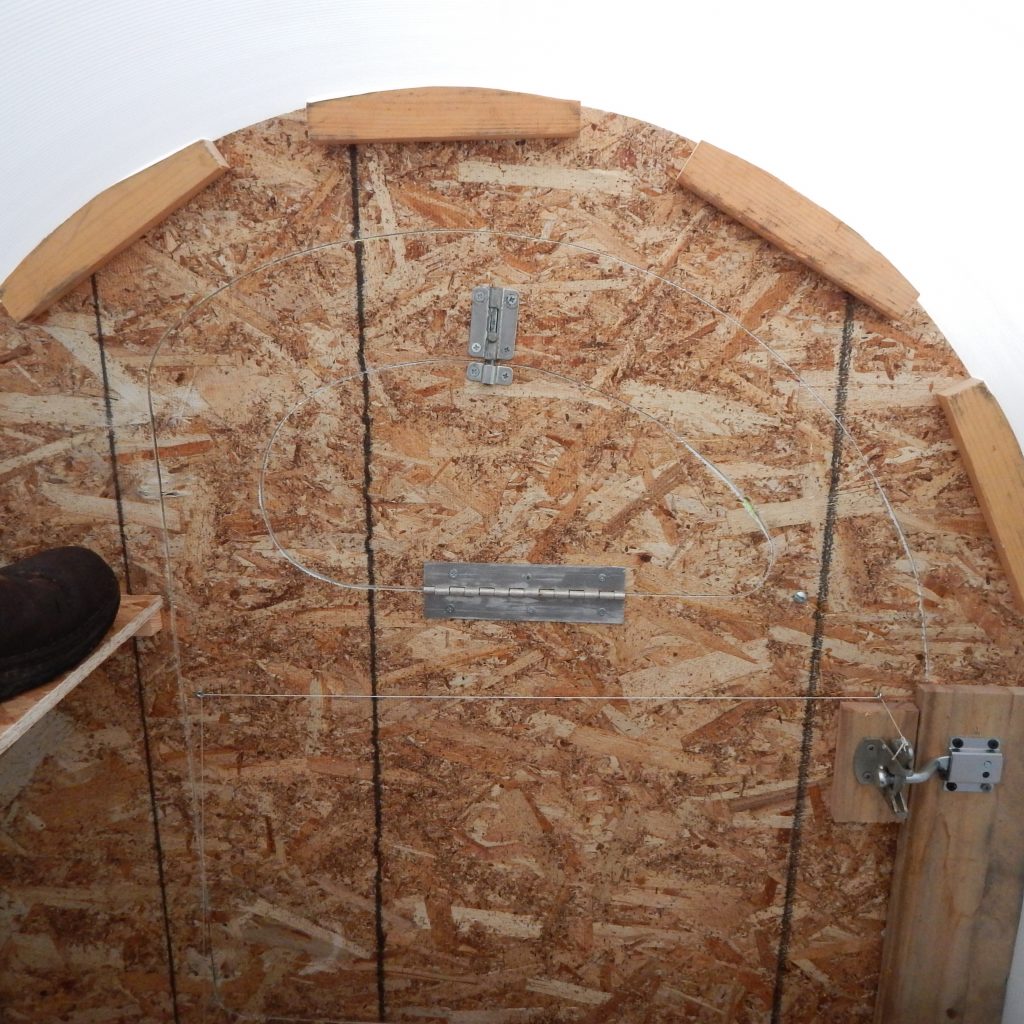 On the door wall I experimented with using blocks of rounded wood to secure the wall to the roof panel.

A swing down window was added for privacy. The interior lock is activated by pulling a string hidden under the structure. Simple but effective.