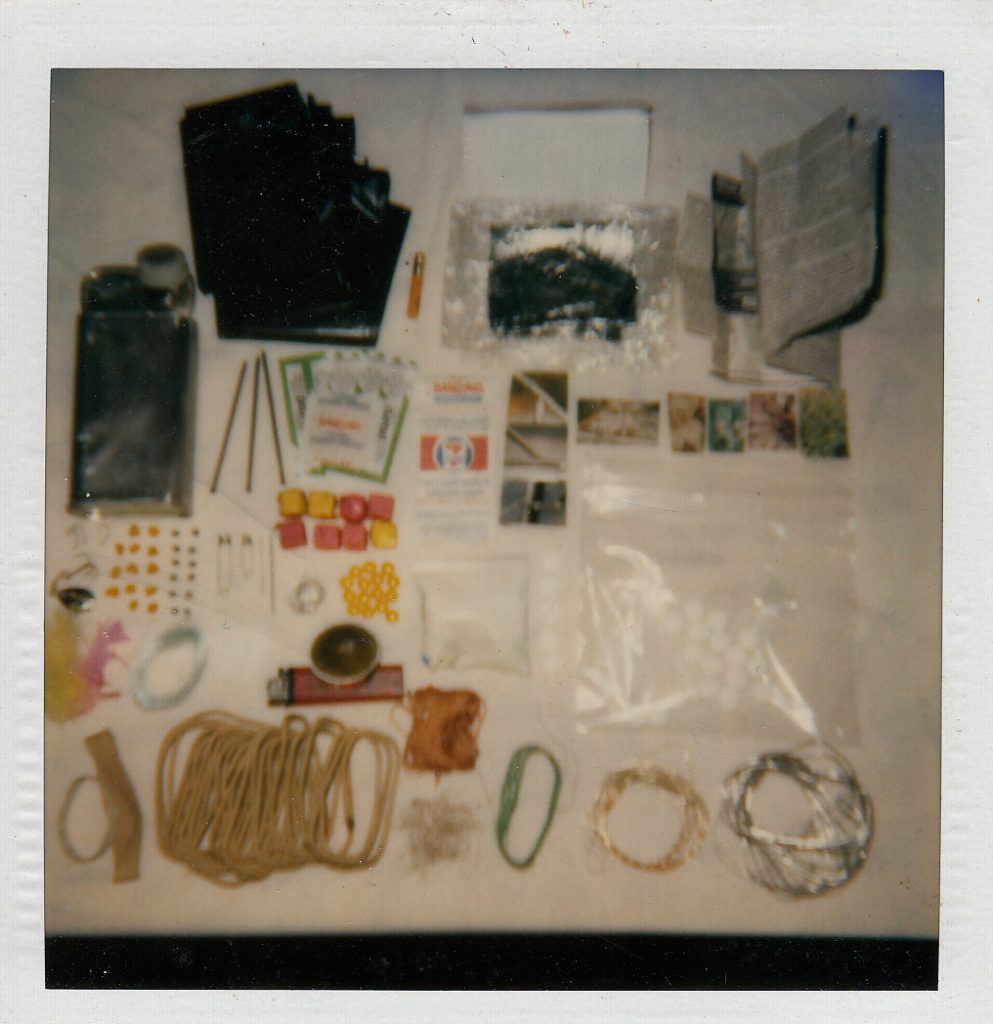 First I want to say that a common space blanket is one of the best things to carry on a day hike. Here I’m exploring more than just keeping warm.

In 1986 Mother Earth News asked a few Outdoor experts to come up with a DIY survival kit. They were all huge and too big to carry in a pocket.

Using a pint tin I made this version. It had lots of useful goodies. 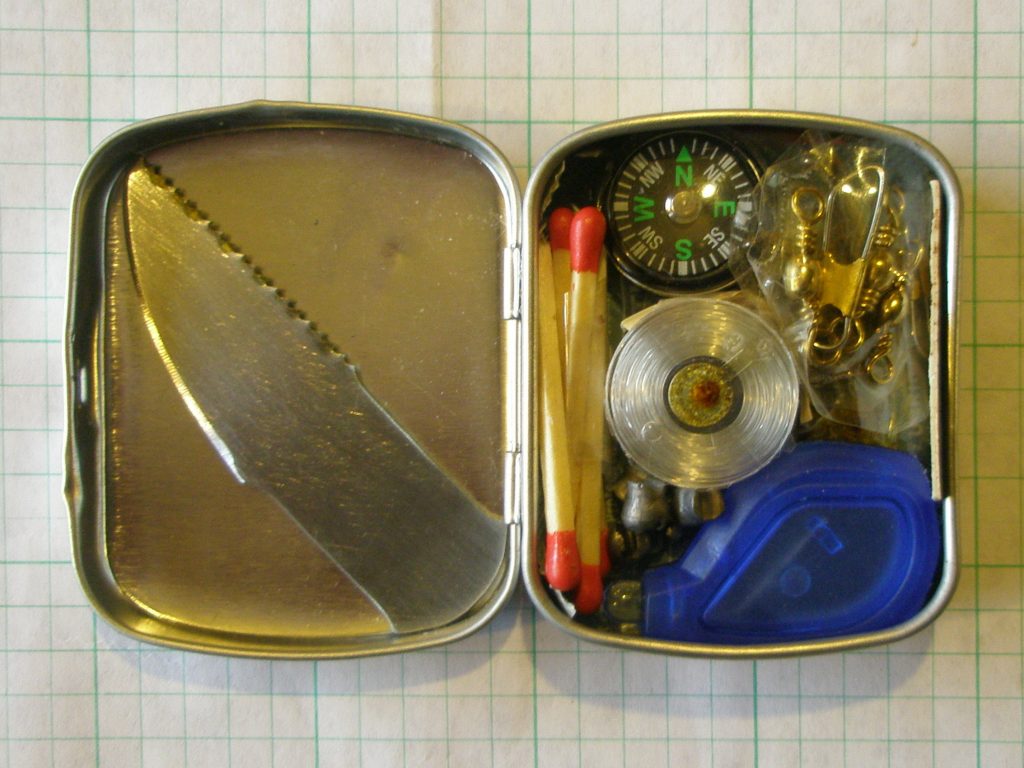 Years later I spied on this saw/knife combo and a condom canteen on the internet and thought I’d make one. I figured a revamped survival kit was in order, this time using a much smaller tin.

If one is lost in the woods, it might be good to make something, keeping the mind occupied while waiting for help. Plus a small kit is more likely to be carried on an outdoor outing. 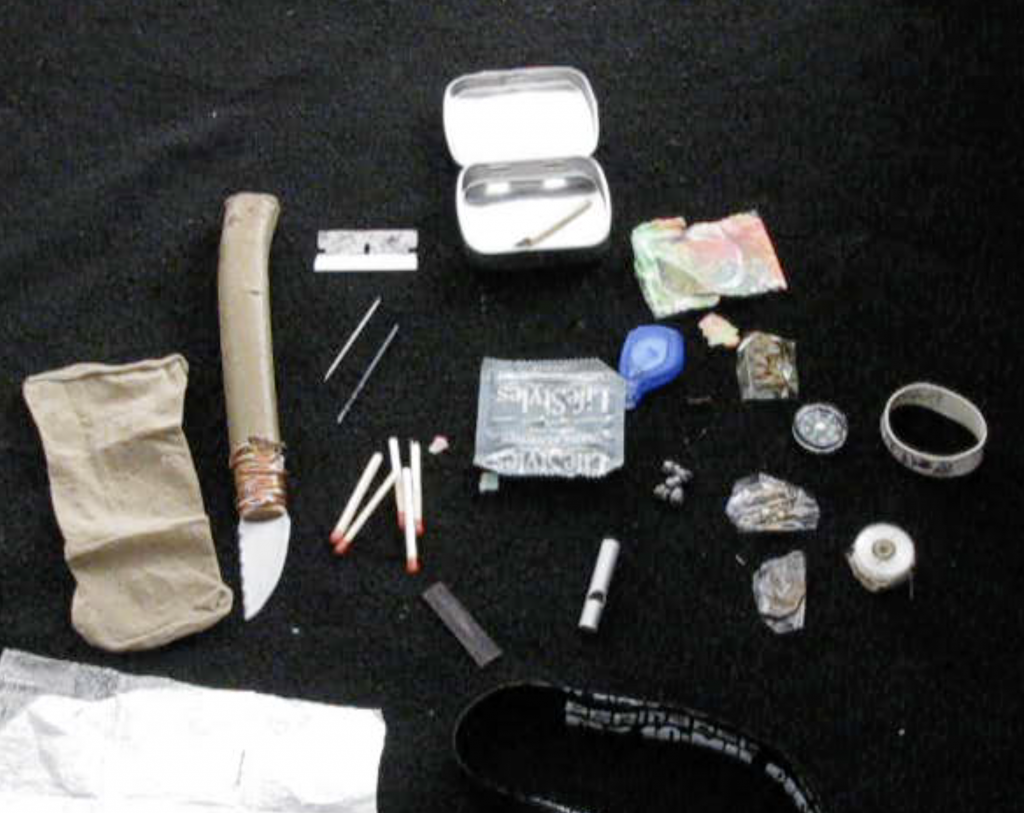 Instead of including a bulky knife and saw, I figured one could fabricate their own handle for the knife/saw blade using copper wire.

water purifying tablets, an LED flashlight and a small section of emergency blanket foil for a makeshift seat or hat to keep the head dry and retain body heat.

The saw allowed me to make this fishing reel, but the bulky blade wasn’t sharp enough to do any decent whittling, and the razor blade was pretty much useless. 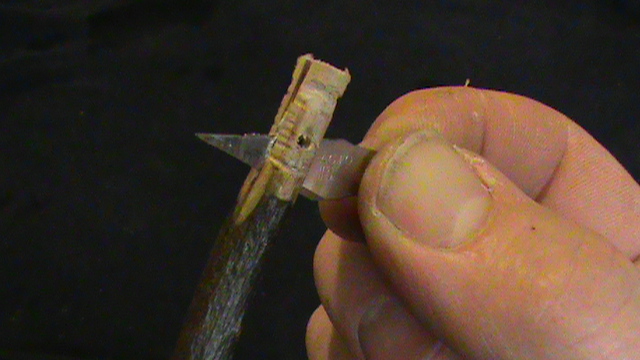 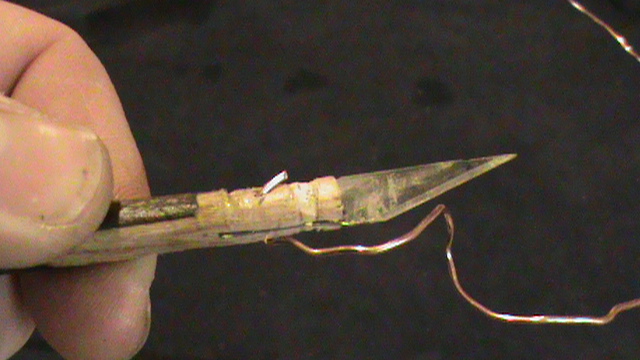 I pitched the razor blade and added this pen knife blade to the kit. This is a small but very handy tool.

This allowed me to do some serious whittling. 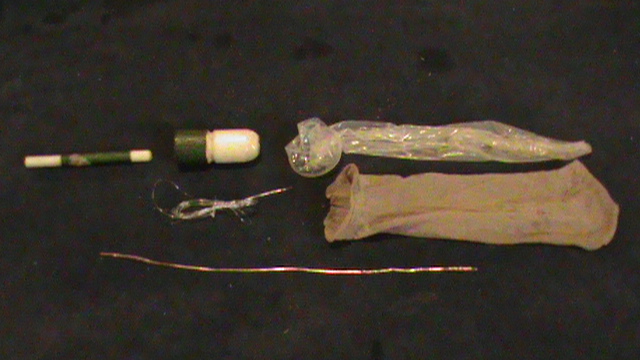 Here are the components to the condom canteen. I even added a straw with a plug. 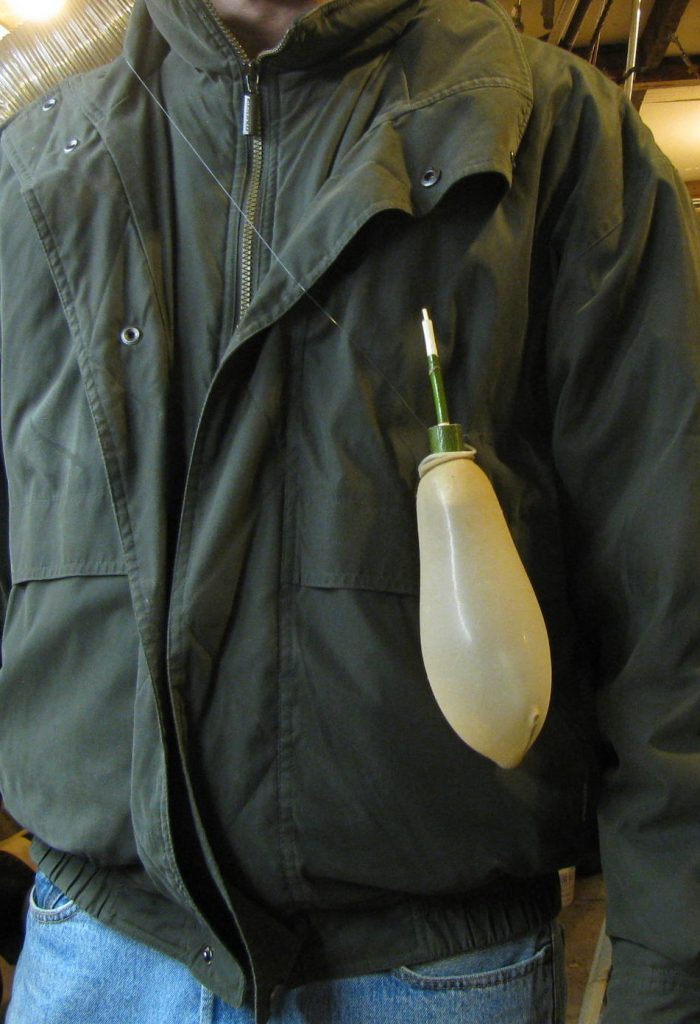 The nylon sock helps to protect the condom from damage. 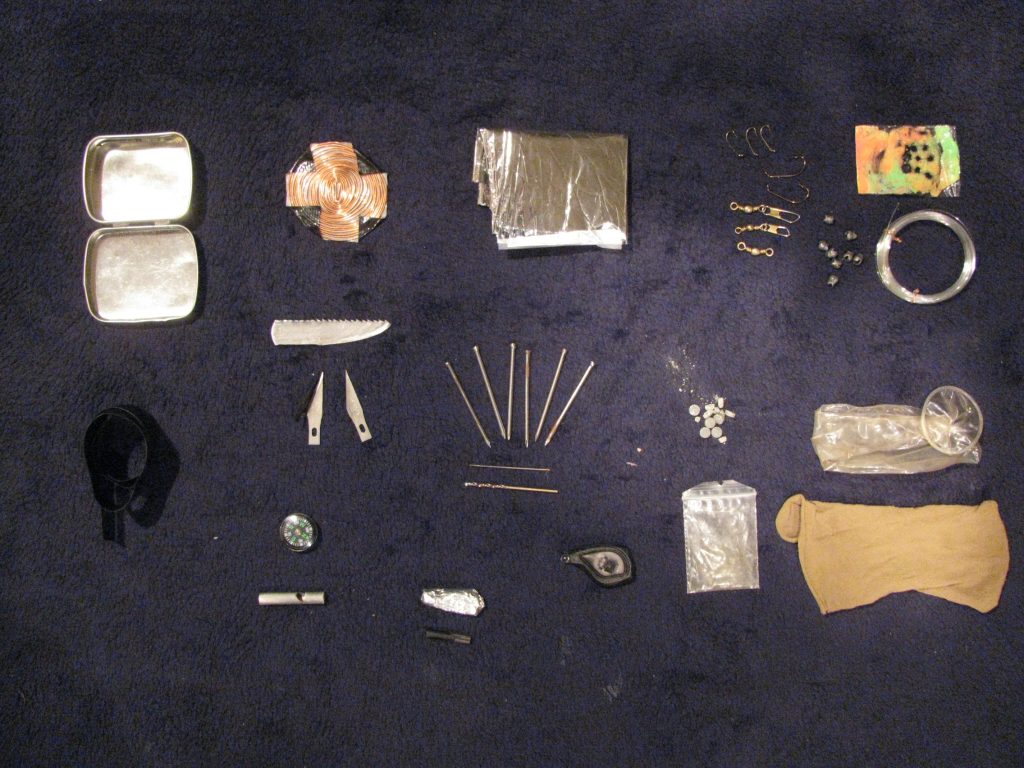 In the revamped kit I tossed the razor blade and included two razor knife blades. The matches were replaced with a striking flint and a ball of wax fire starter. Six nails were also added for a debris rake. 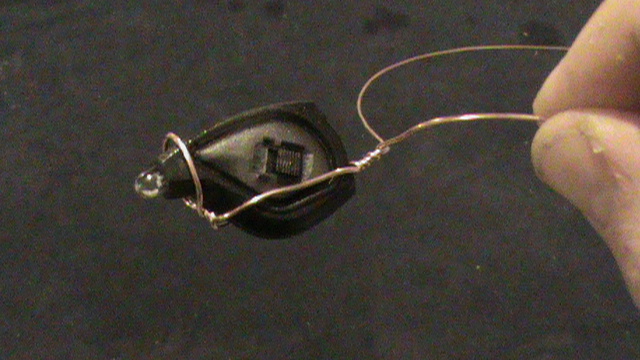 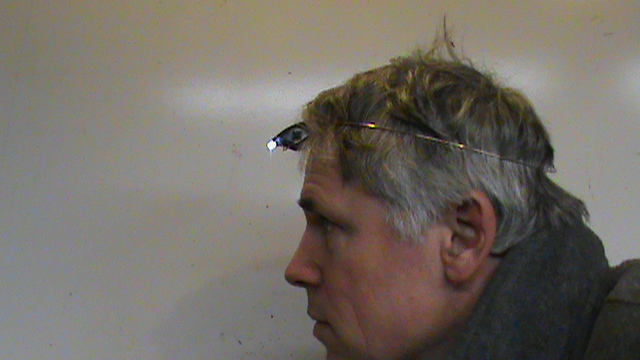 Unlike the blue flashlight where you had to keep the button depressed for light, I found this one with an on/off switch. A makeshift head lamp allows someone to make a shelter after sunset. 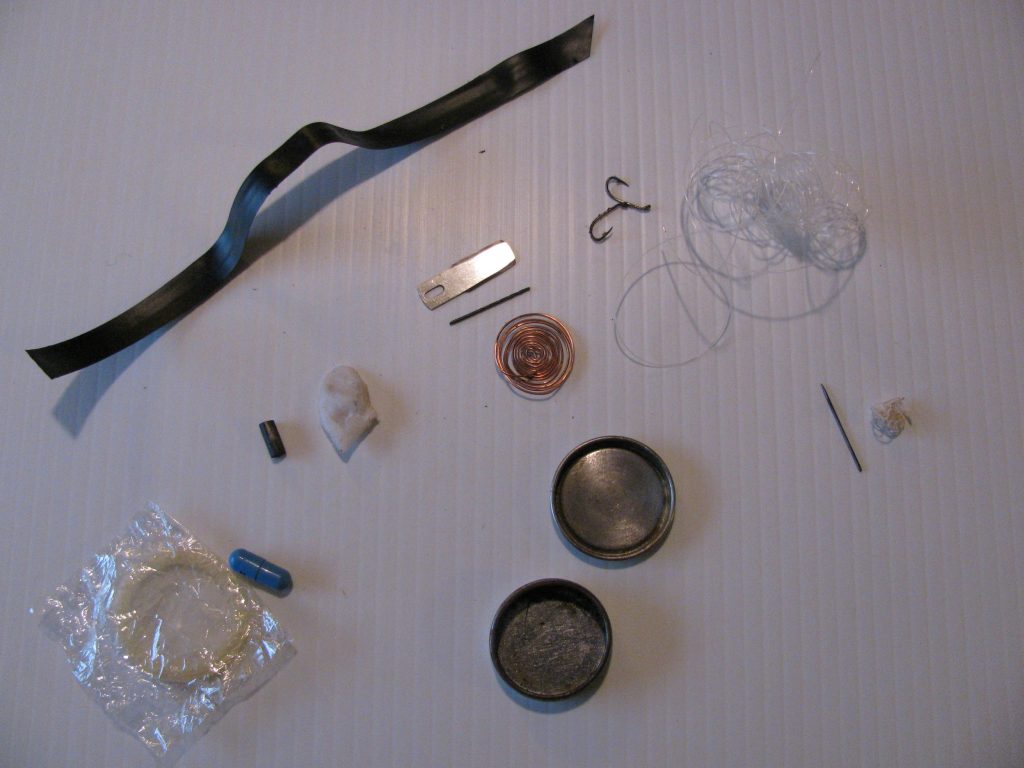 Later I made this bare-bones kit using a small pill tin. The compass was tossed in place of a magnetized needle and thread. No flash light, no saw and

no whistle. I also tossed the fishing bait, swivels and debris rake nails. 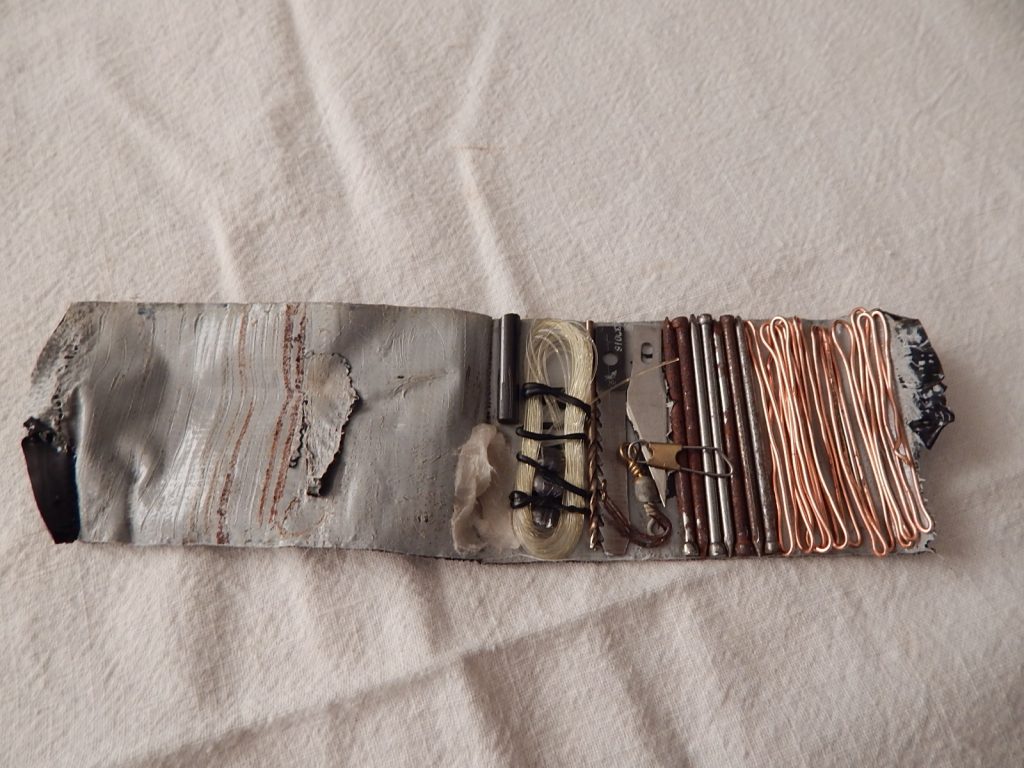 I’d seen credit card survival kits on the internet but wasn’t too impressed with the contents. This last version was a bit heavy, but it did slip in my wallet. 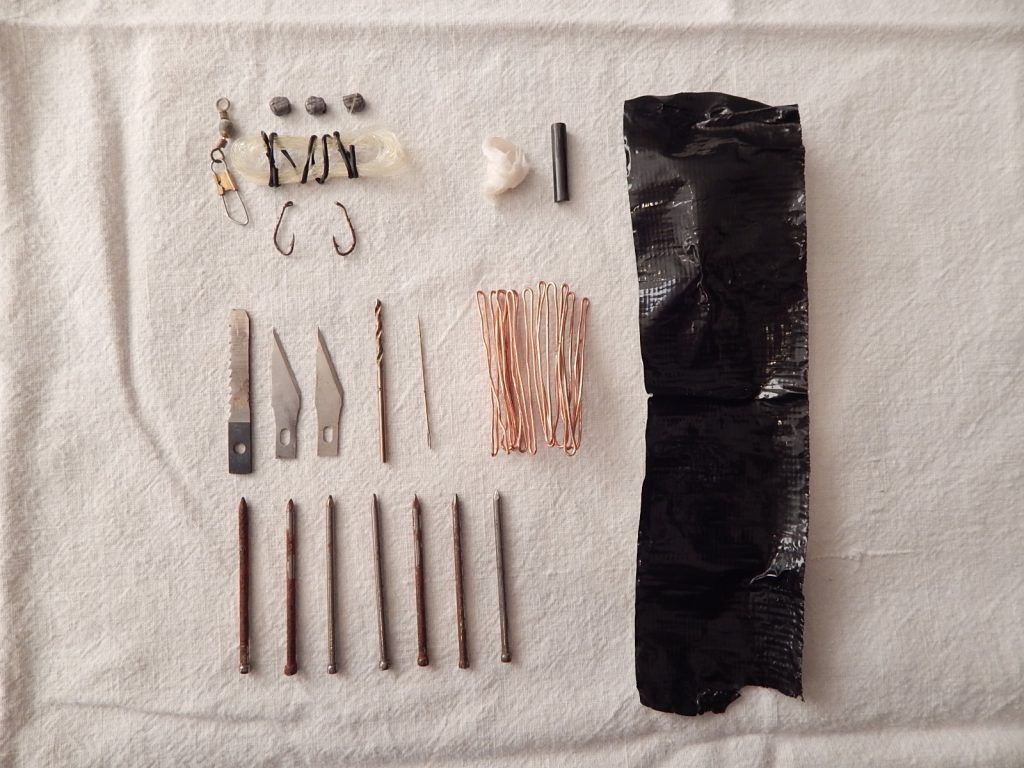 These I think are the basics for a North West survival kit. Obviously you would want to tailer your kit to the environment you’re most likely to hike around.

I know now why Iodine water purifying pills are kept in a glass jar. They are very corrosive. I left them out of this kit. 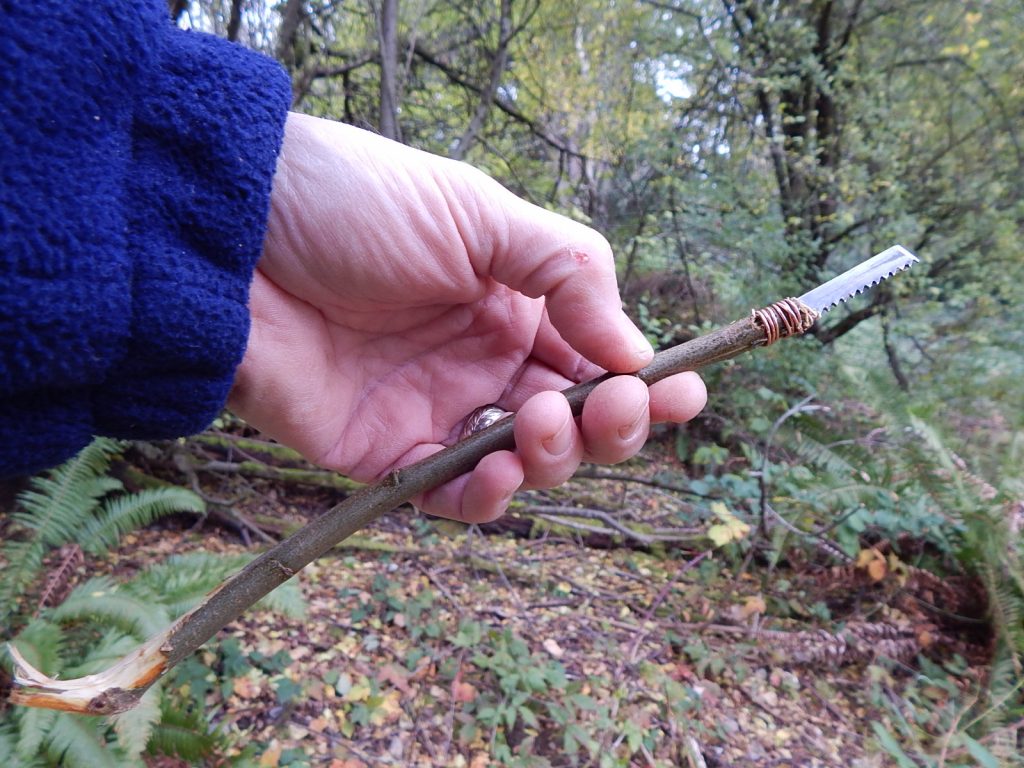 I added a small improved saw blade with a sharp chiseled end. This is basically a small pull saw, great for making a debris rake. 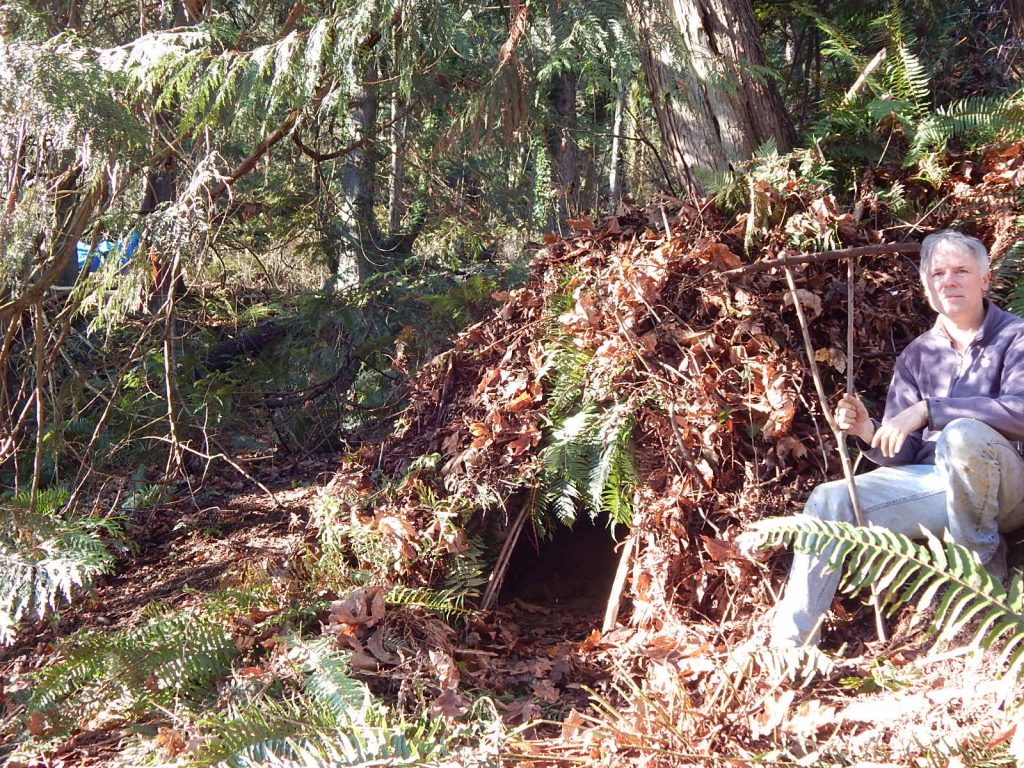 Depending on your hiking environment, a debris rake allows you to rapidly collect loose material for a shelter while conserving calories.

In a lost situation hypothermia is your worst enemy, and that’s why I feel the nails are a paramount item to carry in a survival kit.

You can survive for days without food or water, but once you loose body heat and hypothermia sets in… 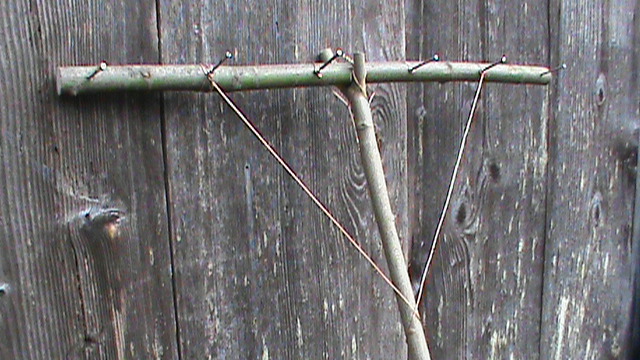 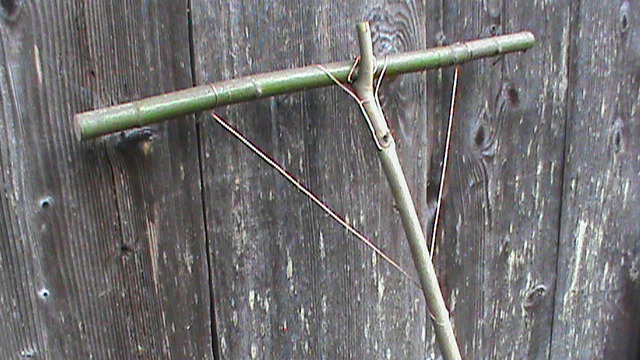 This was my first rake. It worked great but was complex and needed a lot of wire to fabricate. 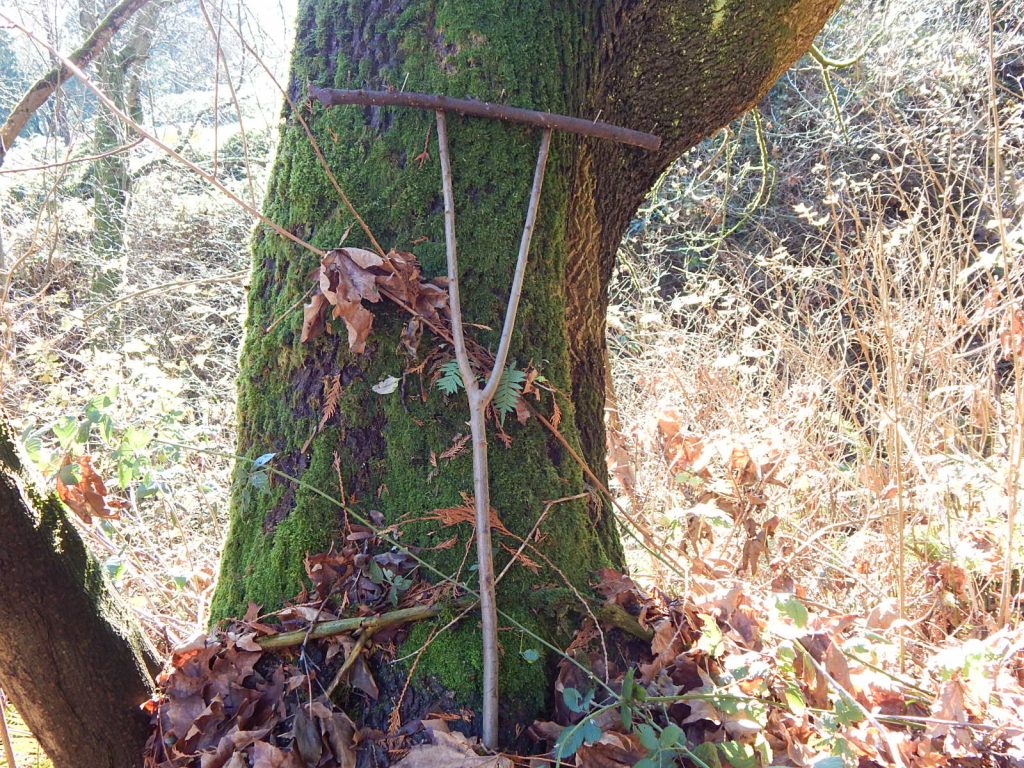 This rake was made in a few minutes with the saw and a rock hammer. It worked pretty good.