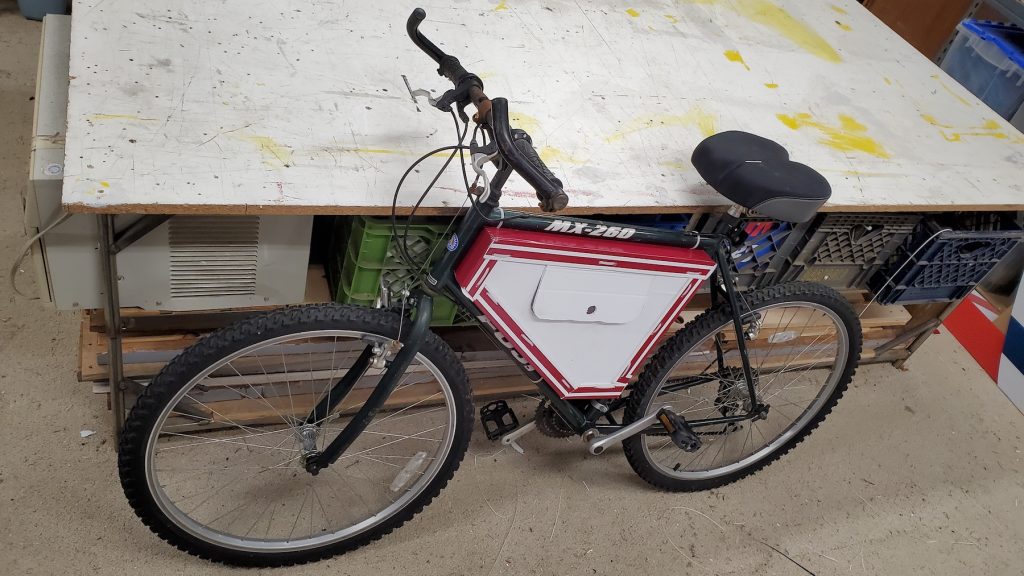 The defunct Donkey Boxx company use to make durable fluted plastic bike panniers. Too bad they didn’t make it.  I’ve always thought if you don’t

have any brake or shifting cables in the way the mid section of a bike frame would make for a convenient and balanced storage space. 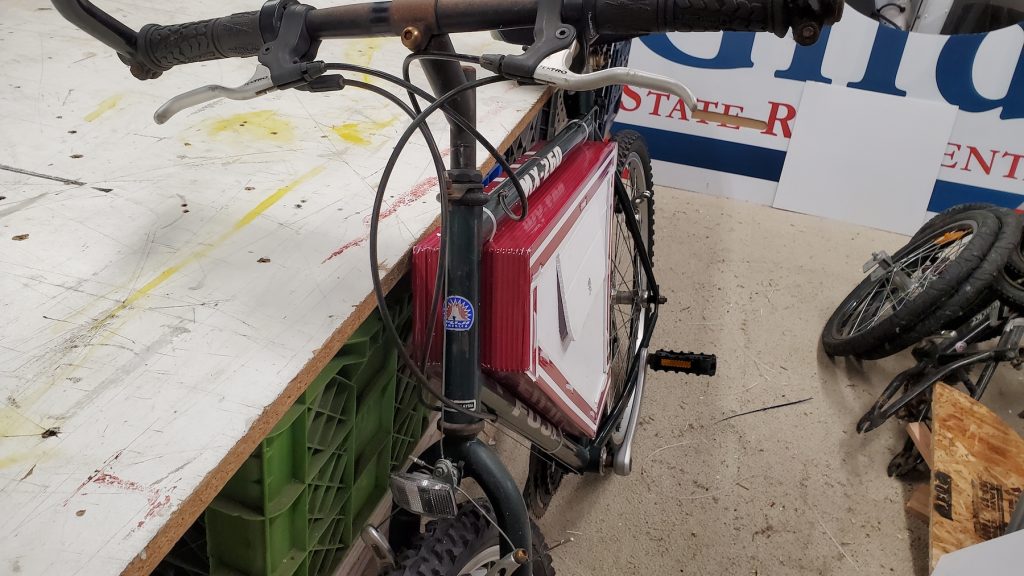 The 4.5″ width keeps the leg-rub down to a minimum. Using a large recycled campaign sign I measured out my frame and made this quick prototype.

The door flap design is similar to my Nomad Bicycle Camper overhead storage bins. KISS. Keep It Simple. Press the lid in and it locks in place. 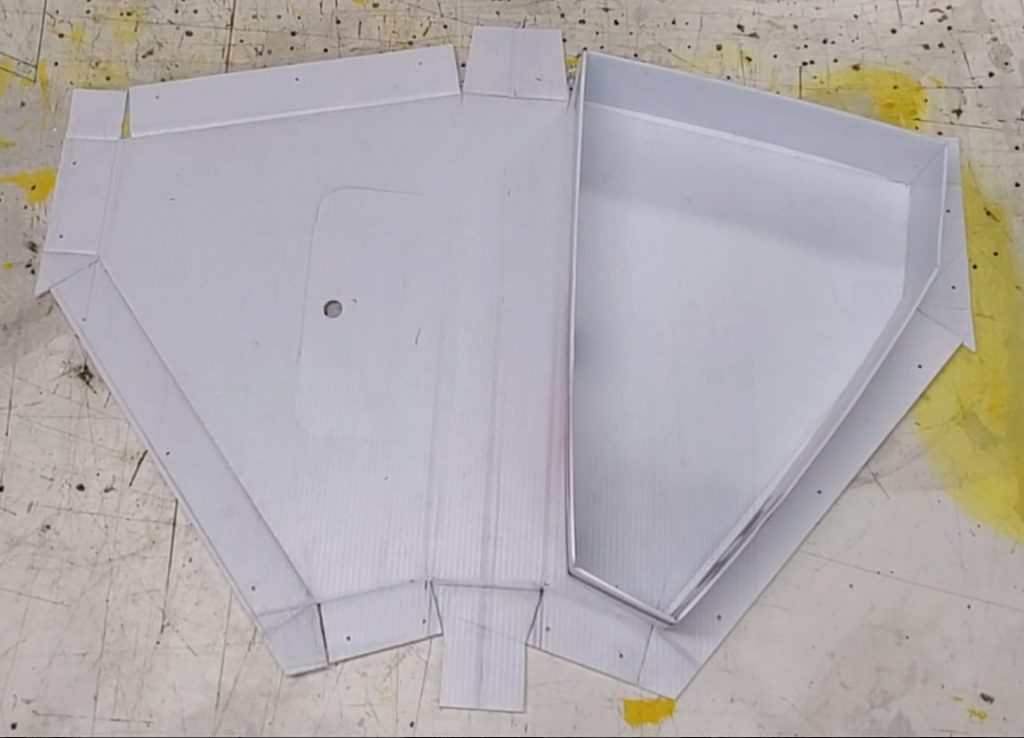 I cut up the prototype and laid it flat on my new sheet. On this final version, to conceal the seams I placing them in the middle of the box.

I first carefully measured one side and made my cuts, then I folded it like a book down the mid section and used this as a pattern for the other side.

While folded, the zip-tie mounting holes were pre-drilled. The end flaps overlap so rain doesn’t get in.

A strip of fluted plastic the width of the interior was added for structural support. 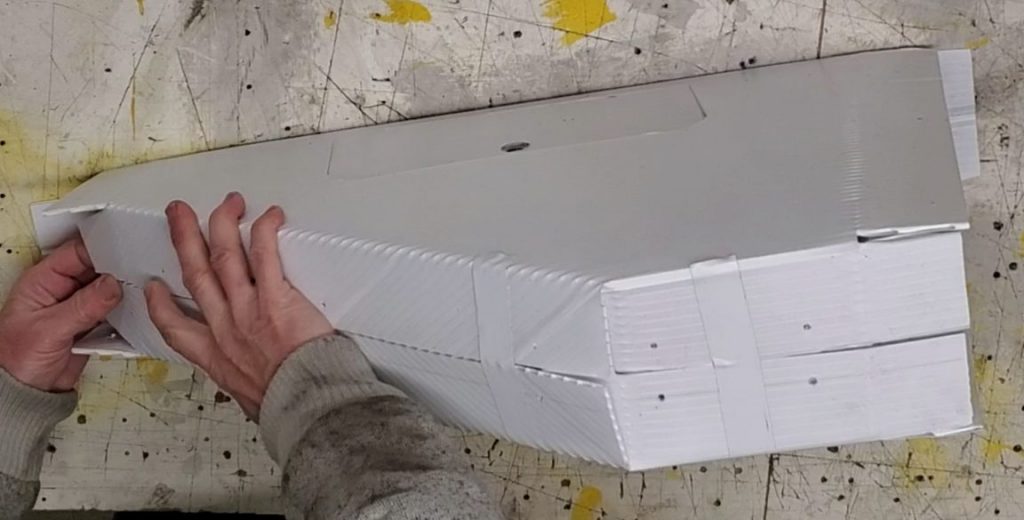 The box was folded and aligned, then Gorilla tape strips were added to hold the box together before the test fit. Later, these were cut and removed.

Fortunately I nailed the fit. I popped the box out and added a continuous tape strip (the width of the mounting holes) down the center seams. 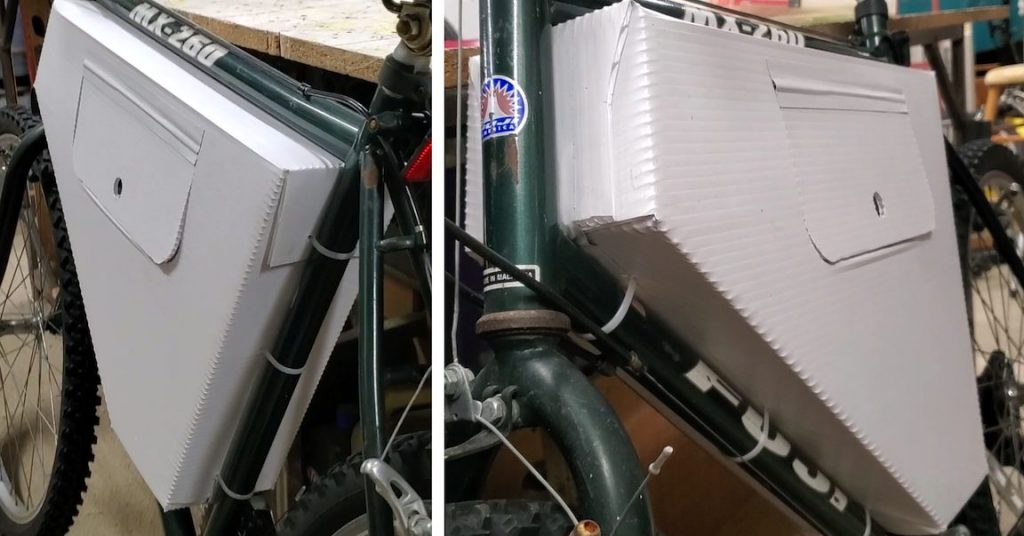 I re-drilled the holes going thru the supportive strip and added six mounting zip-ties. I purchased the final material at Home Depot. The next day

the door flap hinge cracked on the outside. As you can see I had to add a strip of tape. It was the first I’ve seen fluted plastic crack. I’m guessing

Home Depot gets their stock from China or some knock off cheap brand. Coroplast is the best manufacturer of fluted plastic in my humble opinion. 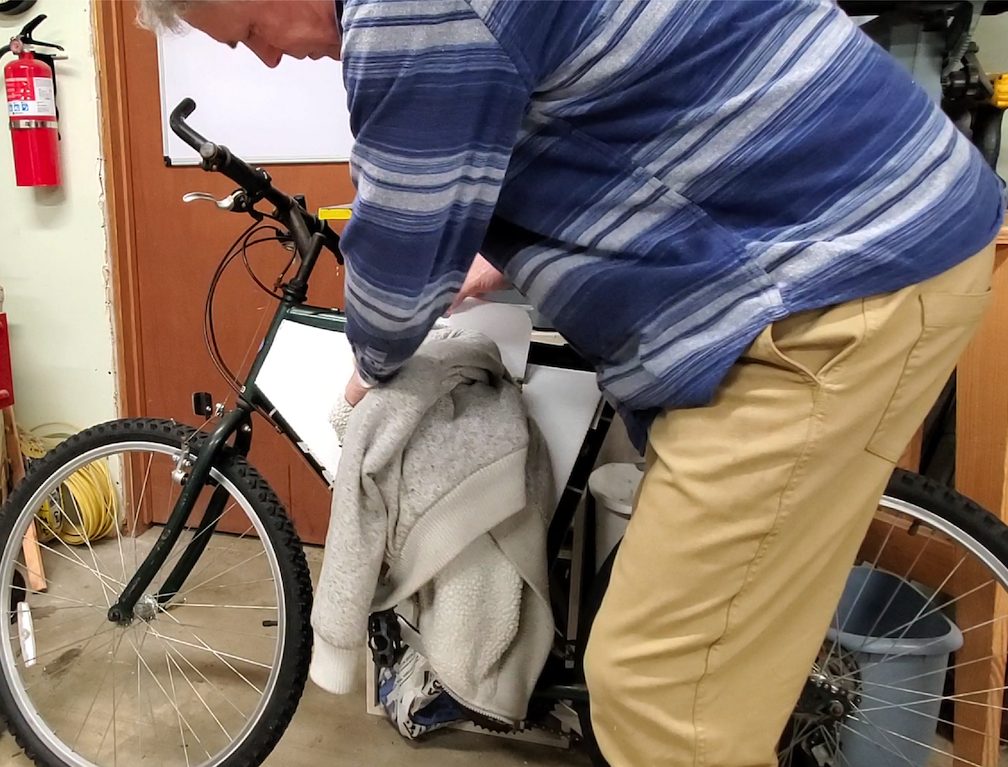 Now I have a place to store my coat or small items, and it’s bullet proof! Almost… 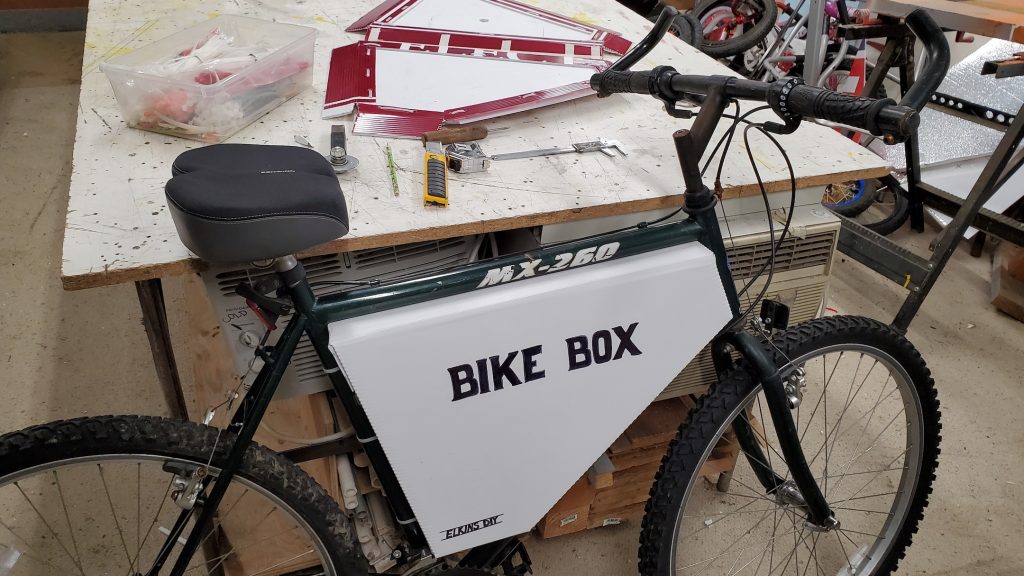 Do you own a business? With a good felt pen or a vinyl cover you can make your own advertising sign! Why not?